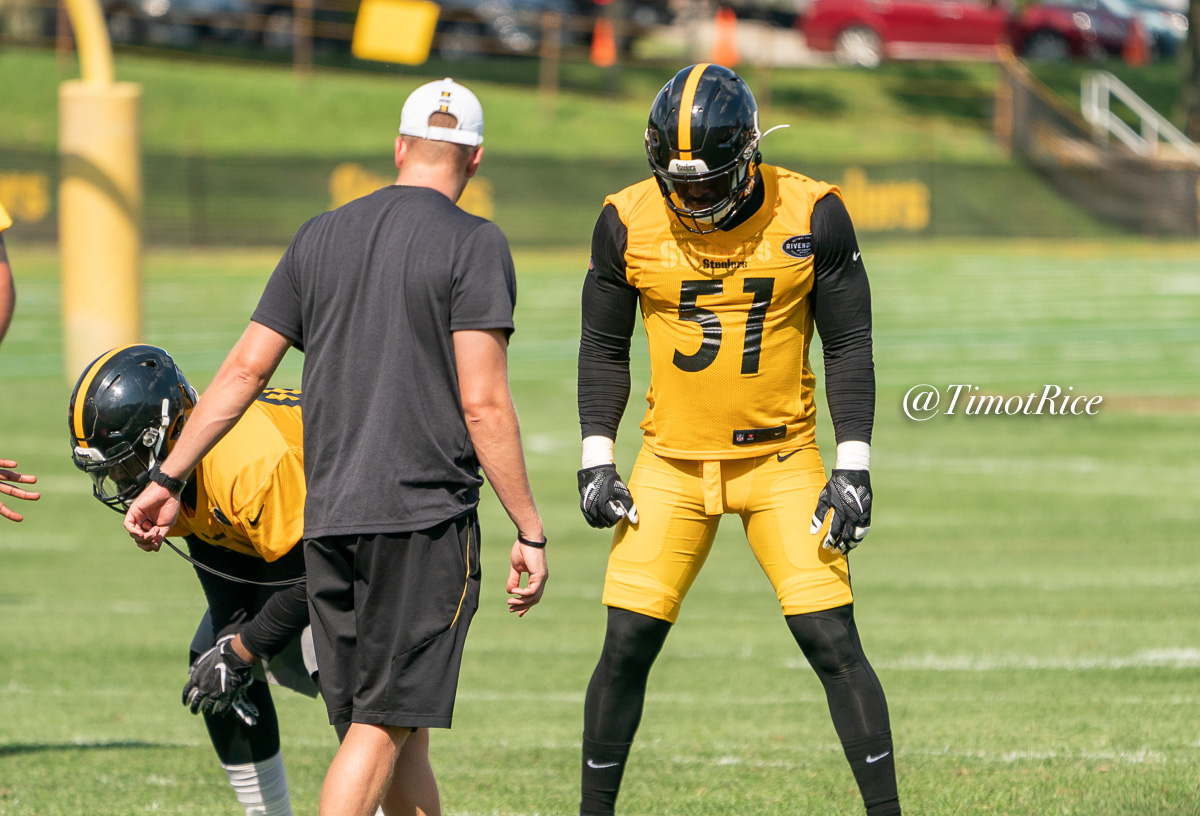 Don’t look now, but the Pittsburgh Steelers might have themselves a couple of pass rushers, and thanks to Toledo of all places. While second-year outside linebacker Olasunkanmi Adeniyi has gotten off toe great start at training camp so far, his former college teammate, rookie college free agent Tuzar Skipper, has been receiving some attention as well.

Skipper, who was a rookie minicamp invitee signed to the 90-man roster afterward at Keion Adams’ expense, is built similar to but leaner than Adeniyi. They are both on the shorter side, but Adeniyi has the bulk, while Skipper has a bit more speed.

Following the first day of pads, in which both of the Toledo edge defenders performed well, Tunch Ilkin was excited about both. During a Steelers Live segment, during which Bob Labriola asked him to comment upon some young, low-profile players, he had the following to say about Skipper:

He’s gonna be my camp phenom, I think. I’m not gonna go out on a limb right now, I’m gonna give one more day. I’m usually giving two days of pads. But he is strong. He is really quick upfield, and he’s got a great change of direction. He doesn’t waste steps. He’s a guy that’s very, very efficient in his pass rush. He’s got a nice body lean, so he’ll get the edge. He’s quick enough to get the edge. And he just has an uncanny anticipation of the snap count. That’s what makes him so effective to me.

According to Alex Kozora, Skipper had his way with Zach Gentry and Ralph Webb during the backs-on-backers drill yesterday, and he also generated a bit of pressure during team sessions as well. So far, though, he has been running with the third-team defense, with Adeniyi and J.T. Jones on the second team with T.J. Watt still sidelined.

If he continues to impress, he should push Jones for some second-team reps provided that Watt remains out for a bit longer. Otherwise, he will be fighting for third-team reps, where he has been working with sixth-round rookie Sutton Smith.

The Steelers have been looking for help on the edge for years, which is why they used three first-round picks at outside linebacker between 2013 and 2017. They seemed to hit on the last one with Watt, but Jarvis Jones in 2013 was a bust, and Bud Dupree is at this point unlikely to live up to his potential.

If they can get some contributions off the proverbial scrap heap in players like Adeniyi, Skipper, or Smith, it could go a long way toward making up for not hitting on those premium picks. But we’re a long way off from anointing any of these guys, even Adeniyi, who had a strong offseason last year as well but who has hardly played in a meaningful game as of yet. Still, it’s better to see that potential than to wonder if there’s anybody who even has a shot at stepping up.