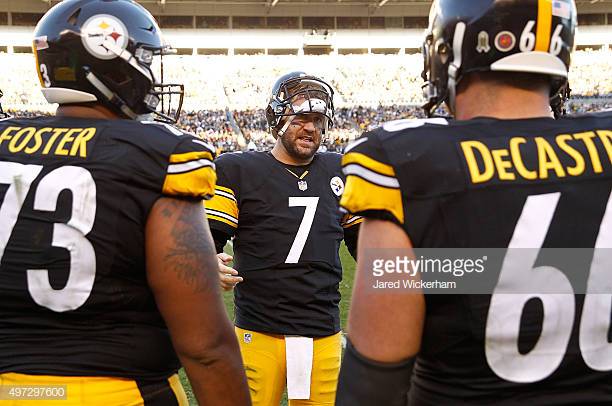 Switching things up and going as modern as modern gets after stepping into the time machine for our #10 tandem. Foster and DeCastro are a sort of underrated bunch for a list like these. But if you had to think about great Steelers’ offensive line bookends, even over their entire history, these two are near the top.

Foster has DeCastro by a couple years but the former only became the full-time starter one year ahead of DD being drafted. Since 2013, and for at least through 2019, these two have been your pair of starting guards. Foster on the left, DeCastro the right.

Together, they’ve started 88 games since 2012. Based on my research, it’s the most by any Steelers’ guard combination in franchise history. DeCastro has captured the headlines, named to four Pro Bowls and a pair of All-Pro teams. While Foster has been snubbed, his play has consistently been at a Pro Bowl level. They’ve made up one of the best offensive lines in football and extended Ben Roethlisberger’s career to the point where it’s possible he plays until he’s 40, a thought that would’ve gotten you laughed out of the room a decade ago, a time when Roethlisberger played half his games in an iron lung.

Off the field, both are regarded as leaders. DeCastro a bit more quietly than Foster, though even he’s gotten more comfortable with the media. Foster is one of the reliable players to go to post-game, win or lose, for a quote, and given his veteran status on the team (only Roethlisberger has been a Steeler longer), a clear leader.

With free agency at its peak, it’s hard to keep good players together. Even harder to have an offensive line mostly intact. When DeCastro hits 100 career starts in 2019, he’s currently five games away, it’ll be the first time in franchise history they’ve had three active linemen with 100+ career starts (DeCastro, Foster, and Maurkice Pouncey). Kudos to the organization for evaluating, investing, and retaining. Foster and DeCastro are proof of such.