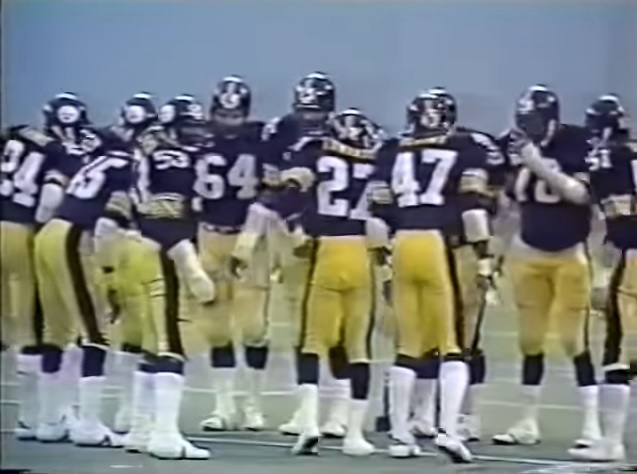 Blount is undoubtedly a Hall of Famer and probably the best cornerback in team history. He only comes in a little lower on this list because the lack of a super strong #2 across from him. But Thomas was his strongest counterpart, pairing him with at corner from 1974 to 1977 before flipping back to safety for the remainder of his Steelers’ career.

It’s Blount who obviously carries the group here but Thomas took advantage of the times teams smartly threw away from #47. From ’74 to ’77, Thomas picked off 12 passes, including five in ’74 alone, and made the ’76 Pro Bowl as part of the greatest defense of the Steel Curtain era. Here’s an interception from the 74 season.

Blount needs little introduction. He dominated like few in the NFL did, forcing the league to change its coverage rules and creating the five yard chuck, outlawing conduct beyond that point. Blount was still a top corner and in 1975, went off for one of the best seasons a Steelers’ defensive back has ever had, leading the league with 11 interceptions. Since the merger, he’s still the only Pittsburgh corner to have double-digit picks, a mark that will probably stand for another couple decades.

This is one of his 57 picks as a Steeler, a mark that remains a record, a pick six thanks to a convoy of teammates against the Philadelphia Eagles.

Had Thomas been a slightly better player or if they had played at opposite corner spots for a little while longer instead of moving to safety, they would’ve been at least a notch higher on the list. Still, we’re talking about Mel freakin’ Blount which alone is good enough to get on here.