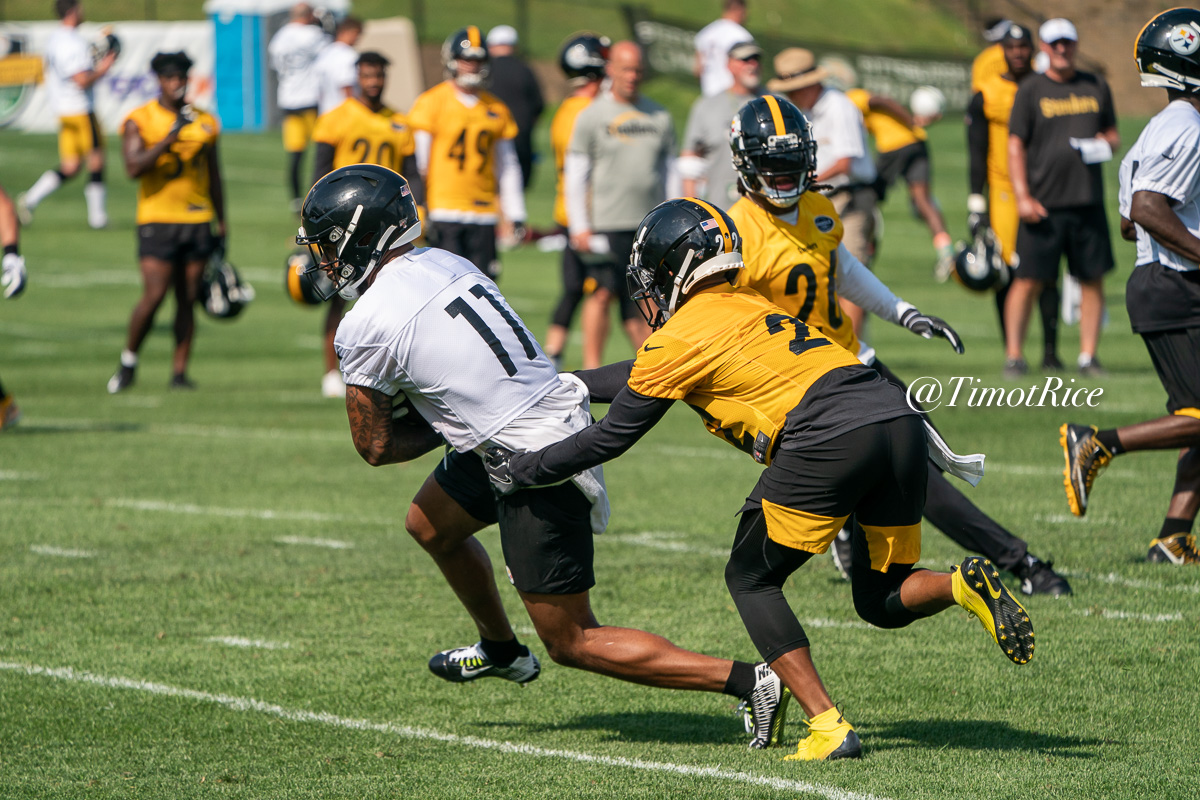 It might be a bit too much to say that the signing of wide receiver Donte Moncrief flew under the radar, but it is safe to say that it was met with only lukewarm praise. The sixth-year veteran former third-round pick has all the physical attributes you would want, but hasn’t produced to those standards through two different organizations (and about a dozen quarterbacks).

While the team dealt Antonio Brown, people also understood that much would be expected of 2018 second-round pick James Washington, who already played extensively as a rookie, even if he didn’t contribute impactfully. And a draft pick or two would obviously be forthcoming, eventually in the form of third-round pick Diontae Johnson.

Still, as we get down to what’s what, it’s becoming clear that Moncrief is the clear favorite to open the regular season across from JuJu Smith-Schuster as the number two wide receiver, a pairing that would actually give them their best size at the position. Everybody has sung his praises this offseason, including Mike Tomlin yesterday, crediting him for his veteran approach to the team.

“We expect him to behave like the veteran that he is”, he told reporters after practice yesterday. “Although he is new to us, so there is an adjustment and transition in terms of getting used to how we do things, our culture, etc. But this is not his first rodeo, and any wisdom that he can glean upon the young people, obviously, we encourage him and others to do so. It helps us”.

Of course, the Steelers are going to have more than two wide receivers on the field the vast majority of the time, and there’s a good chance that will even have four or more on the field together for 100 snaps or more, so the significance of the ‘number two receiver’ may prove to be somewhat limited.

Filling in the gaps left in Brown’s wake, including the 168 targets in 15 games that he shipped out west with him to the Oakland Raiders, will be a communal effort among all of those skill position players who make the roster, including the running backs and tight ends.

But Moncrief will certainly be a big component of that, and right now he seems to be shaping up to see over 100 targets this season if things continue to develop as projected. He has only had 100 or more targets in a season once in his career, with 105 in year two. He caught a career-high 64 passes that year for 733 yards, along with six touchdowns, one shy of his career-best.

He is widely expected to set new career-highs in his first season with the Steelers, provided that he earns and retains a starting through throughout the year, but we’re only getting things started through the most critical portion of the pre-season evaluation process. It could be that Washington ultimately earns the number two role.