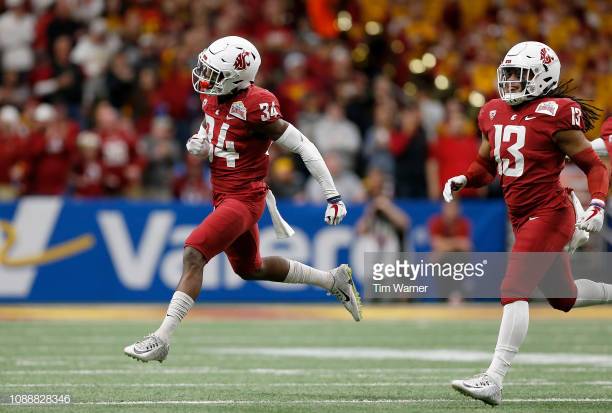 Not that you needed me to say it, all you had to do was view the Pittsburgh Steelers’ history, but the already low odds of them selecting Washington State free safety Jalen Thompson in this week’s Supplemental Draft seem pretty much nil.

Draft Analyst’s Tony Pauline has the inside scoop on Thompson’s pre-draft workout. While he tested well, running a 4.47 and 10’4″ broad, the Steelers don’t appear to be one of the teams who showed up to watch him.

From Pauline. You can check the full report here:

“Thompson is meeting with the Green Bay Packers this afternoon as the team has shown a lot of interest in the safety.  Other teams lining up for Thompson included the New England Patriots, Los Angeles Rams, Miami Dolphins, Indianapolis Colts and Arizona Cardinals.”

While it’s possible the Steelers snuck in somewhere, the odds are low. If anyone had been there, it would’ve been Area Scout Mark Bruener, who covers the West region. According to our Pro Day tracker, Bruener was on-hand for the Cougars’ traditional Pro Day workout in early April.

Pauline goes on to note scouts graded Thompson as a 4th round pick heading into the spring. Given it’s the supplemental draft and teams are going to generally be more conservative, he’s likely be selected in the 5th or 6th round. The draft, which will be held Wednesday, works snake style with teams either passing the pick (which most do, given only 1-2 players ever get taken) or they can draft a player. Doing so forfeits that pick in the 2020 draft.

While the odds of taking him were always low, it’s widely believed some team will draft him and the Steelers lack depth at safety. They somewhat surprisingly didn’t address the position during the draft. Jordan Dangerfield is currently slated to be Sean Davis’ backup at FS.

The other top prospect in this draft is West Virginia wide receiver Marcus Simms. Plenty of teams turned up to watch him last week but the Steelers weren’t part of that group. Given their receiver depth, it’s almost certain they’re not players for him and given the lack of outward interest in Thompson, almost guaranteed the Supplemental draft will be another quiet one for the front office. They’ve never made a selection here.