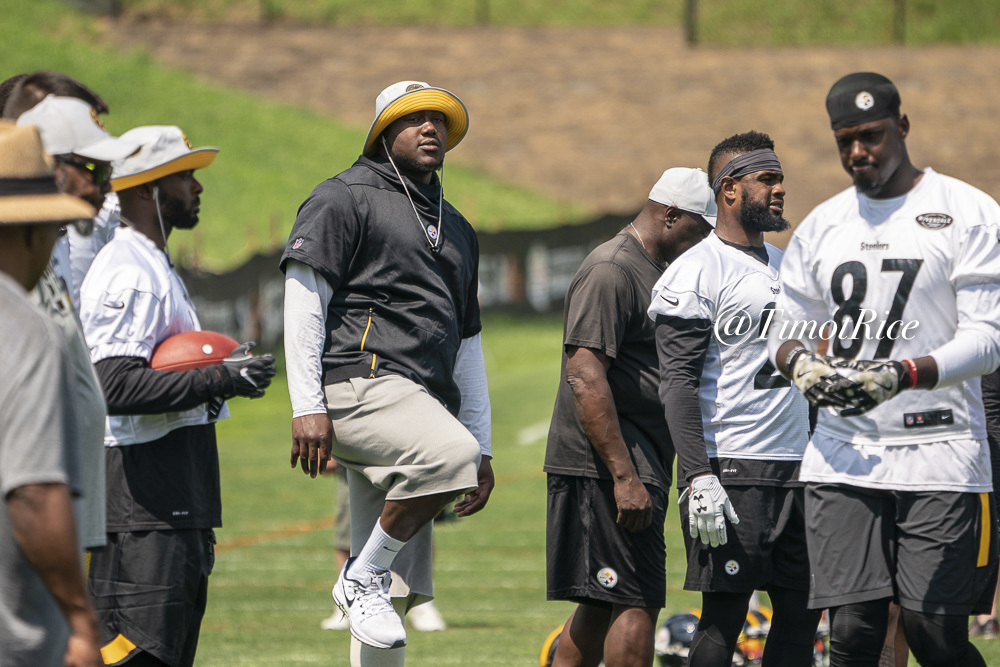 There’s going to be so much to talk about when players report to St. Vincent College this Thursday. The new faces at wide receiver competing for an opportunity. The one true battle along the offensive line, right tackles Matt Feiler and Chukwuma Okorafor going at it. Devin Bush’s allure as the shiny first round pick and how he’ll fit into the defense.

But the most important thing is health. And that’s the first bit of information we’ll find out. The way things look now, this 90 man Steelers’ roster is in great shape health-wise.

There aren’t any obvious candidates to begin the year on Active/PUP. Offensive tackle Jerald Hawkins has an outside chance of ending up on that list, still recovering from a torn quad suffered last year, but I’m optimistic he’ll avoid it. Perhaps held out of team sessions in the early portions of camp but healthy enough to participate in individual sessions and get some work in as opposed to standing on the sidelines (players on PUP can’t participate at all).

Players who had offseason surgery have appeared to recover well. Ryan Switzer, Okorafor, and Anthony Chickillo all had procedures but there’s been no indication of setbacks in their recoveries while Sean Davis returned to mandatory minicamp after missing OTAs.

Of course, there are always surprise names who pop up. It’s been six weeks since the team last worked out together and it’s easy, probable really, someone got nicked up while training. Dave Bryan combed through the list of players to being on PUP during Mike Tomlin’s tenure. There’s been at least one name every season and this year probably won’t be an exception.

And if there’s a time to be cautious, it’s the start of camp. No need to push a player and risk a longer-term injury that could derail a season. But there don’t appear to be any major injuries and anyone who starts camp on PUP likely won’t be on there very long. Most Super Bowl winners enjoy great luck when it comes to health. The Steelers are off to the right start.