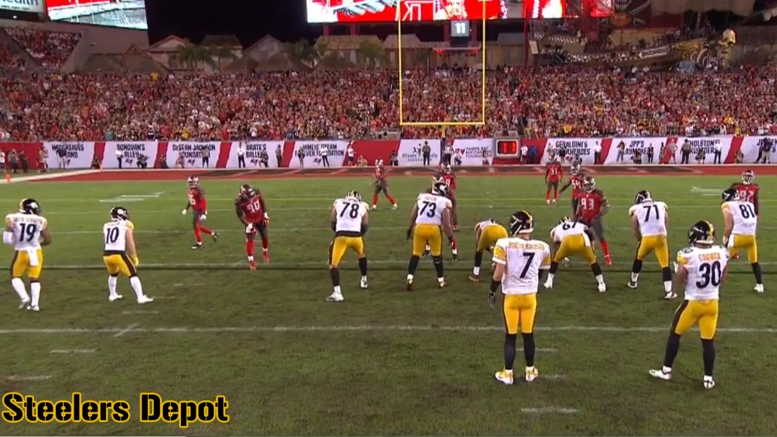 One of the most interesting and least appreciated facts about the course the game of football has taken over the course of the last couple of decades has been what is essentially the evolution of new full-time positions. There are more niche roles like the dimebacker, but the slot receiver and its counter, the slot defender, are now pretty much on the level of starters, which means that they require specialization to execute at a high level.

You’re not going to sign a top-tier outside cornerback in free agency, for example, and plug him into the slot. It’s entirely possible that that cornerback may even be limited to playing one side of the field. There are substantial differences between playing on the outside and working over the middle of the field. Not everybody is capable of adapting to that customization.

But Pittsburgh Steelers wide receiver Ryan Switzer is trying to. He is the first to admit that he is not all the way there, but he is working toward that end, and seems to feel as though he knows at least what it takes to get there.

Switzer, obviously a player of smaller stature, was a fourth-round pick by the Dallas Cowboys in 2017, but he played very sparsely during his rookie season. They traded him to the Oakland Raiders in April, who subsequently traded him to the Steelers in August, just a short time before the regular season would begin.

It would take some time, but he gradually inserted himself into the offense, and he finished among wide receivers with the third-most receptions on the team for the third-most yards behind only Antonio Brown and JuJu Smith-Schuster, both of whom went to the Pro Bowl.

One thing that he feels as though he has in his corner is a quarterback who not only knows what he’s doing, but who believes in him to know what he’s doing as well. “It helps when you’ve got a quarterback who’s done it for a long time and has a lot of experience in that area”, he said of Ben Roethlisberger. “He’s kind of molded me as the year went on. I’m learning from those experiences. Hopefully, we’ll put them to the test this year”.

Whether or not the gets the opportunity will be decided over the course of the next month and a half. Though he is not even a lock to make the team, it’s also conceivable that he could enter the season as the number three receiver. There is so much to be determined about the wide receiver position outside of Smith-Schuster right now that anything said definitively would be irresponsible.