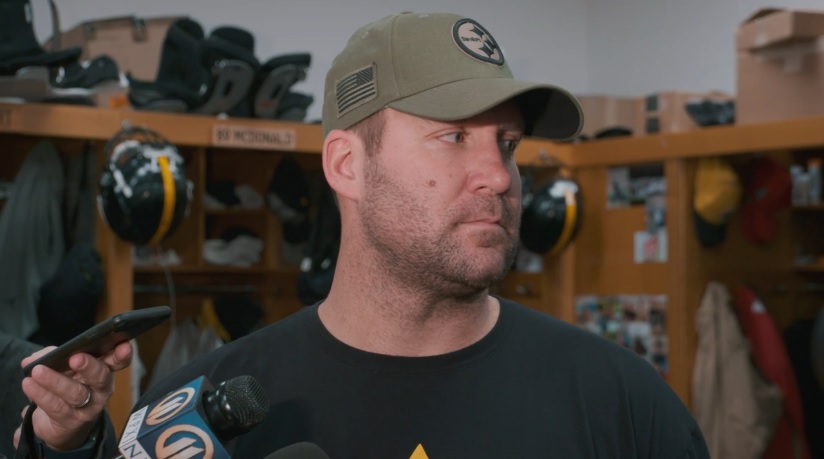 Few players have received as much criticism over the last several months as Pittsburgh Steelers quarterback Ben Roethlisberger has. Following the whole Antonio Brown saga this offseason in which the former Steelers receiver took many shots at his quarterback and former team, it quickly became open season on the Steelers’ quarterback as many pundits, analysts and television personalities took blows to the quarterback’s leadership skills.

Roethlisberger remained quiet for the most part, not making a public statement or interview until well after Brown was traded to the Oakland Raiders. It would be foolish though to think that Roethlisberger did not hear all the criticism coming his way and while he responded publicly, he has not yet had a chance to answer on the field. The Steelers’ quarterback was asked earlier today if any of the outside criticism would be used as motivation, though he was quick to declare that he is only focused on those within the Steelers’ locker room.

Much of the criticism surrounding Roethlisberger’s leadership came due to comments the quarterback made on his weekly radio show. Depending on who you ask, the comments could have been defined as a leader throwing his teammates under the bus or challenging his teammates to rise to the occasion. After rumors swirled this offseason that Roethlisberger would end his weekly radio show, the quarterback stated earlier today that no such decision had been made yet.

“I haven’t made a final decision yet and luckily I have a few weeks to decide,” Roethlisberger told reporters.

While Roethlisberger’s weekly radio show offered a rare opportunity for a franchise quarterback to be open and candid with the public, there was no denying that the content did more harm than good last season. Comments about James Washington and Antonio Brown only added fuel to a fire that was already brewing inside the Steelers’ locker room last season and offered easy pickings for analysts to undermine Roethlisberger’s leadership abilities.

The theme of the Steelers’ offseason has been detaching from distractions and getting back to football. The first and toughest step in that process was letting go of Brown and Le’Veon Bell and Roethlisberger forfeiting his weekly radio show would also work wonders for eliminating any outside noise surrounding the team. If the Steelers hope to get back to taking care of business on the field then Roethlisberger would wise to walk away from any business that could potentially cause distractions off the field.