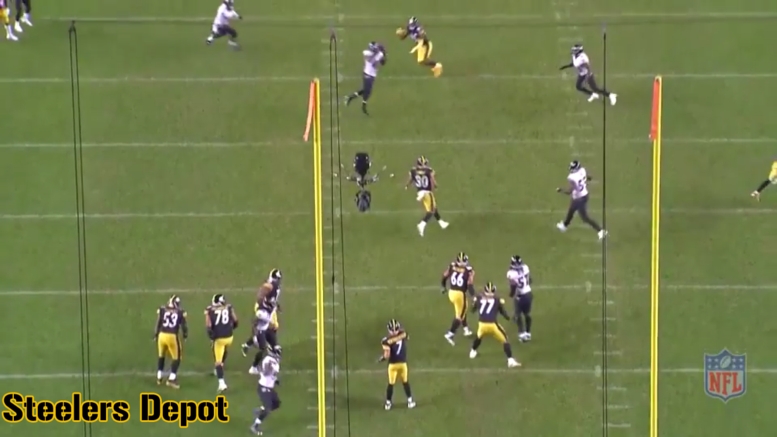 One subject from last season that may have perplexed a lot of Pittsburgh Steelers fans is how quarterback Ben Roethlisberger could have put up career numbers, even strong numbers compared on a league-wide basis, and seemingly universally be regarded as having a mediocre season. He was just the second quarterback to throw for over 5000 yards and not earn a Pro Bowl nomination, as just one example.

It was because of that that I was interested in hearing one of the site’s head figures, Steve Palazzolo, speak more directly about the discrepancy between his statistical output and his number grade, which he did recently in an AFC North roundtable discussion:

He just missed a lot of throws. Our system, I think, unlocks [some things that numbers don’t]. You know, ‘here are some stats, here’s a PFF grade’, but the context behind it is important. He put up huge numbers in an okay grade because he just missed a ton of throws. He missed AB a lot. He made a lot of bad decisions. He had a lot of interception luck. But he’s still a guy that can make a ton of plays. He had one of the highest percentages of positively-graded throws as well. So he still has that in him, he still knows how to make plays, carry a team. He’s just got to cut down on some of the mistakes that he made last year, because he wasn’t making those in the previous years. But a missed throw here and there doesn’t always show up in the stats. It didn’t really last year. He’s still more than capable. He’s a top eight to 10 quarterback still in the NFL.

He did get off to a fairly slow start, by and large, starting with three interceptions in the opener. His accuracy, particularly when targeting Antonio Brown, was very spotty through much of the early portions of the season, as you might recall.

His accuracy improved as the season went on—in fact, he completed nearly 70 percent of his passes in the second half of the year, compared to under 65 percent in the first half, but everything else was largely consistent. Throwing roughly half of his touchdowns, interceptions, and yards divided by halves.

I do think that Palazzolo is right on his evaluation of Roethlisberger’s season, including his discussion of ‘interception luck’, which I have also talked about and tracked throughout the year. While his interception percentage was near his career average, he was putting more balls into harm’s way, and generally making poor decisions more frequently, than he had in the past. That has to be improved upon this year.