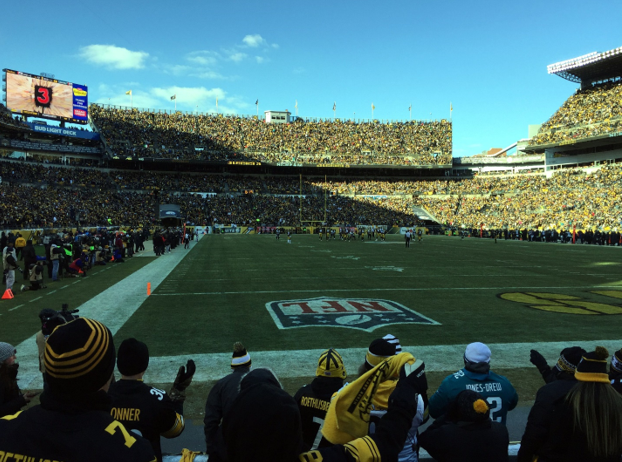 The Pittsburgh Steelers launched Steelers Nation Unite (SNU) during the 2014 season. The Steelers advertised SNU as a way for Steelers fans to interact with the team and be recognized as, “’official members of Steelers Nation.” As an average Steelers fan, I of course signed up right away.

SNU offered a fan profile complete with a virtual playing card which fans could share on social media. Members could collect points for participating in different activities that led to various levels including discounts on the Pittsburgh Steelers store. Contests including being selected for on field experiences if you were a lucky winner. Competition to reach the top tiers in points was a source of Steeler fandom pride.

Black & Gold fans shared videos and their traditions. It was always a treat to see fans showing their Terrible Towels from all over the world. I met several fans through SNU that I now count as friends. There were times that the #SNUproud hashtag would trend.

The Steelers recently announced that they had a new application that would have features for fans. The announcement starts out, “Everything that you enjoy about being part of Steelers Nation Unite is now available right in the Steelers Official Mobile App.” However, once you read the FAQ’s, it was apparent that the SNU site was being folded into the regular Steelers website and some of the popular features were being discontinued.

The Steelers Nation Unite had stopped the 2018 season in mid-June and for awhile a message appeared that the updated version would be released soon. Instead the notice of the change. Unfortunately, there was no real explanation of why and it has led to some confusion. It appears that the Steelers scrubbed SNU handles from social media.

So Agreedand what about merch discounts based on the levels. I am computer savvy and can’t even create a profile right

I don’t know how many people belonged to SNU, but it was in the thousands. It is also unclear what led to the decision to suspend the program. Perhaps, it was a cost saving move. The NFL did distribute nearly $8.8 billion to the 32 teams. Even subtracting out the full salary caps for each team indicates that they are not doing too badly. It seems to me, there is something more to the story.

For most, it does not matter but just wish the Steelers organization was more transparent on a program that a segment of the fanbase really appreciated. Were you an SNU member? If so, do you think the changes will make for an improved experience?

I always like to include some music. Here We Go.  This version by N Sync.