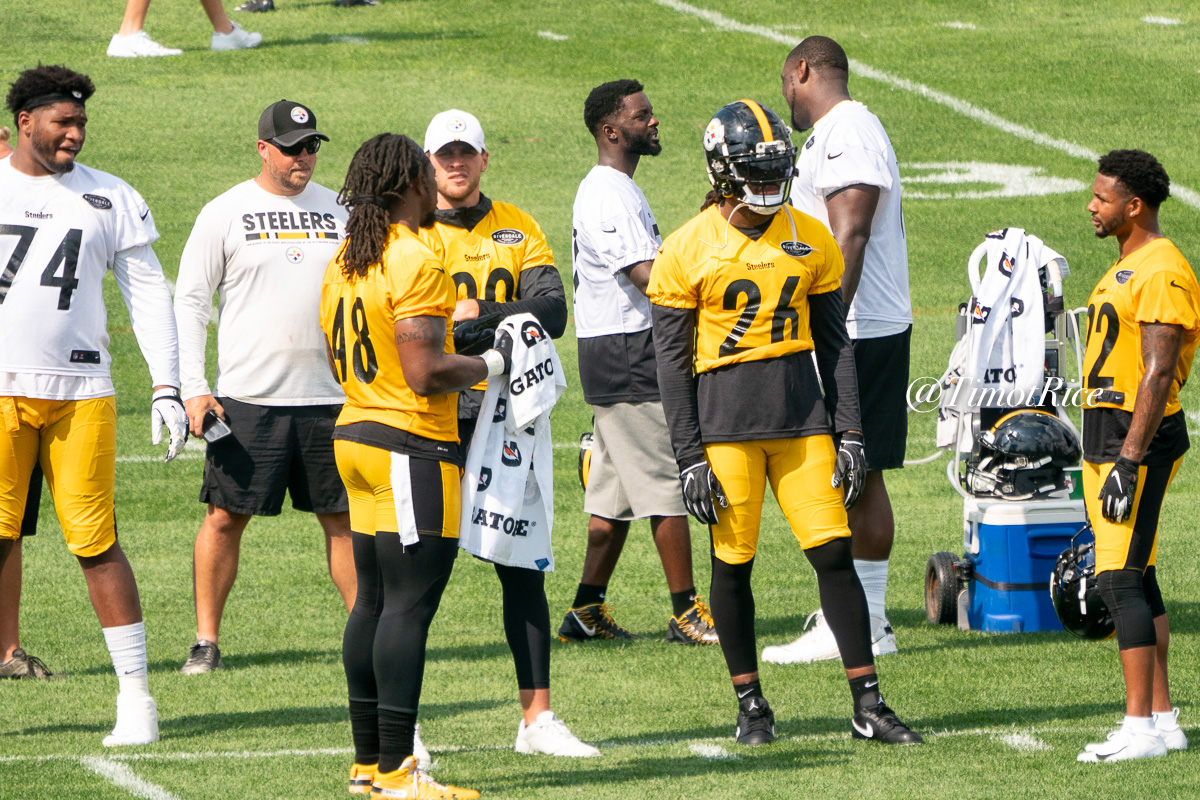 Last year, the Pittsburgh Steelers made safety Morgan Burnett their ‘big’ free agent signing, a player who could start but wouldn’t hold back a first-round pick. Then they used a first-round pick on Terrell Edmunds, who ended up holding Burnett off the field once the veteran’s injuries cracked open a window of opportunity.

A year later, we are seeing a somewhat mirrored circumstance at inside linebacker, with Mark Barron the prized free agent signing and Devin Bush the prized first-round pick. Only this time Bush comes in with even greater expectations as a top-10 pick.

And there’s another difference: both starting jobs at inside linebacker are seemingly being put on the table. Vince Williams has been a full-time starter for the past two years, but roles will be determined based on their performance over the course of the next month.

Getting opportunities to play on every down doesn’t necessarily mean starting, either, but depending upon just how the Steelers coaching staff ends up using this potentially talented trio of linebackers, the starting designation may not mean all that much. Especially if Barron becomes favored in sub-packages, which is what the team primarily runs.

The spirit of competition has been embraced by the group, as has the camaraderie, as Barron told Batko that the three of them have had no issues helping one another out, whether it’s on or off the field. He brings with him the most NFL experience, as well as the most variety, but Williams of course knows the defense best.

Whoever ends up with the most playing time, the former seventh-overall pick (originally coming into the league as a safety) is confident that the opportunity will be earned, and deserved. “Don’t get it wrong, I want to play”, he said.

It’s a wonderful problem to have in contrast to last season, during which at this time of the year the Steelers were ostensibly holding a competition for the mack position between Jon Bostic and Tyler Matakevich.

Bostic, who signed a two-year deal in 2018, was released after the Steelers drafted Bush. Matakevich experiences of last season seemed to convince everybody involved that he is best left to Danny Smith on special teams.