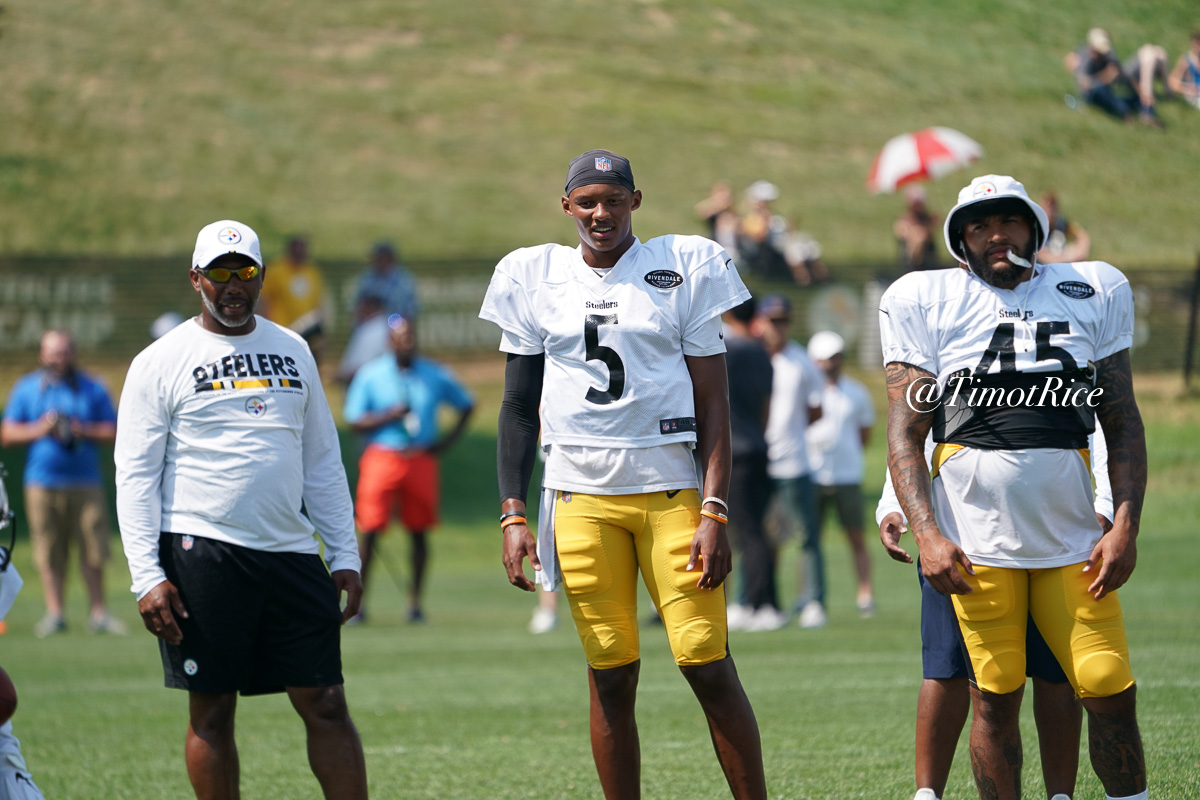 Are you looking for a reason to believe that the Pittsburgh Steelers would never in a million years trade Joshua Dobbs? Well then you’re in luck, because I have one for you: Jason La Canfora recently suggested that he believes it’s a possibility. Given his track record, one can assume that Dobbs should be in line for an extension shortly.

La Canfora went on The Fan yesterday speaking with Andrew Fillipponi and Chris Mueller to discuss the Steelers’ training camp so far, and at one point in the conversation, it turned to the quarterback position. “I think they may be in a position where they can get a decent draft pick for Josh Dobbs”, he told his hosts.

Dobbs was selected by the team in the fourth round of the 2017 NFL Draft, replacing Zach Mettenberger, who was claimed off waivers during the 2016 preseason after Bruce Gradkowski suffered an injury.

He served as the Steelers’ number three quarterback during his rookie season behind Landry Jones. But after the team drafted Mason Rudolph in the third round last year, it was widely believed that he was the most likely to be on the outside looking in come September.

Instead, the team went with Dobbs as Ben Roethlisberger’s backup, releasing Jones, with Rudolph serving as the number three, but now the expectation is for Rudolph to secure the backup job, as the former did, in year two.

In fairness to La Canfora, it hasn’t been an untouched topic, suggesting that Dobbs could be traded if Rudolph wins the backup job, especially if rookie undrafted free agent Devlin Hodges shows anything, as Pittsburgh on an organizational level is committed to carrying three quarterbacks.

“If you can get a five or something that moves you up a little more if he actually plays where he goes. I mean the reality there is does a team get stuck?”, La Canfora said. “Does a team that thinks he’s pretty good lose a quarterback or maybe two, and be in a position where you can get more than that?”.

He also offered that Dobbs is “somebody that teams have sniffed around last year”, which is frankly the first that I have ever heard of this notion. “If he looks the part in the preseason and someone is in a bind I wouldn’t rule it out”.

If course, if he looks the part, the Steelers are going to keep him. And if he doesn’t look the part, then chances are nobody is going to offer the team much in return for trading him, which, again, makes it unlikely that they would trade him.