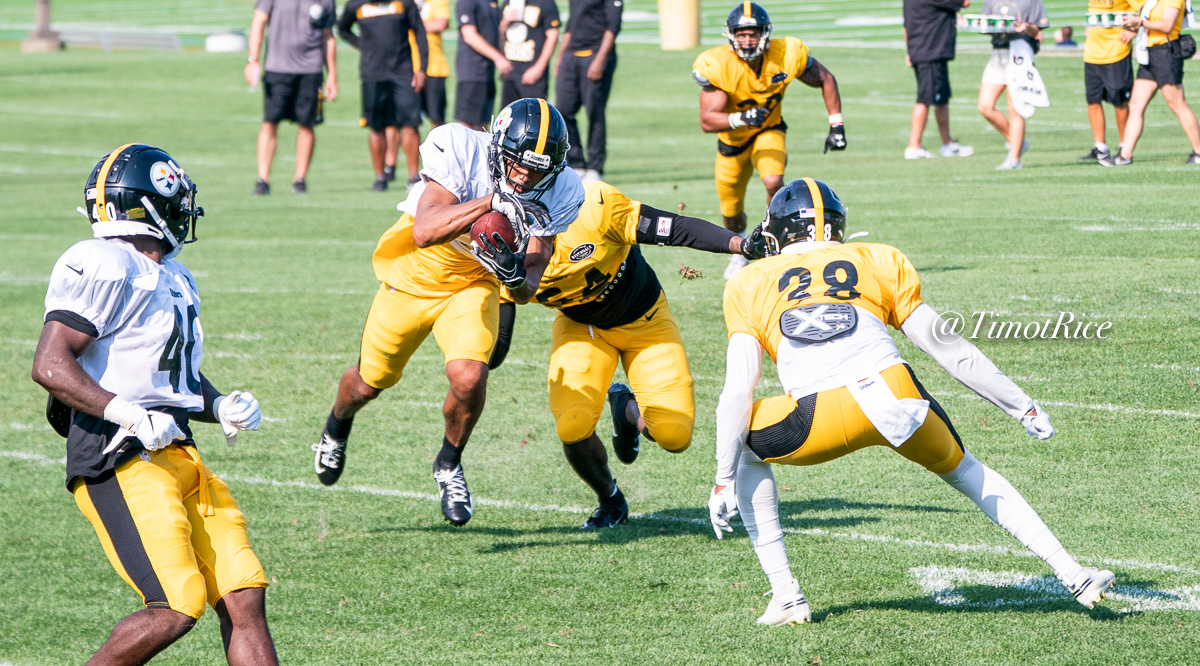 The Pittsburgh Steelers were among the most gluttonous of NFL franchises in picking up talent from the Alliance of American Football after the aborted league shut its doors in April, signing more than half a dozen of its former players to contracts to be a part of their 90-man roster. A couple of them had already been with the organization before in Greg Gilmore and Casey Sayles, a pair of defensive linemen.

But the one who has received the greatest opportunity to date out of the group is San Diego Fleet defensive back Kameron Kelly, who is running with the first-team defense right now while free safety Sean Davis is sidelined with a finger injury.

Kelly also received some work with the starters at free safety throughout the early portions of OTAs while Davis missed time then, and prior to his finger injury had been consistently running with the second-team defense at the position.

He recognizes the opportunity that is in front of him, a legitimate chance to make the 53-man roster. Of Davis’ injury, he said, “you never want to see one of your brothers go down”, according to Ray Fittipaldo of the Pittsburgh Post-Gazette, “but I’m going to hold it down until he gets back”.

Kelly was originally signed by the Dallas Cowboys following the 2018 NFL Draft, but he was waived prior to the start of the preseason. With the Fleet, he was initially used at wide receiver before moving to defensive back, where he played both cornerback and safety. He was among the league leaders in interceptions, including one game in which he picked off three passes.

In his first training camp with the Steelers, he has already picked off a pass from Ben Roethlisberger, the only one the starter has thrown, though Roethlisberger maintains it was a free play due to an offsides on the defense. The pass was deflected by Artie Burns, intended for Donte Moncrief, with Kelly picking it off, but his ball skills are what he is looking to highlight for the coaching staff.

“My ball skills, that’s probably what I do best”, he admitted. “I’m a pretty sure tackler, but there are other guys on the team that are a little bigger or more physical than I am. But as far as going for the ball, I feel like that’s my best attribute. That’s all I’m trying to show them”.

That works out just fine for the Steelers, who are desperate for both depth at the safety position and for players who can secure the passes that bounce off of their faces. The team dropped more interceptions than anybody in the league in 2018 and finished with just eight successful aerial takeaways, a stunning low figure in the 21st century.

Kelly appears to be the best candidate among the backups to line up at free safety. Both Jordan Dangerfield and Marcus Allen are clearly better built for strong safety. Rookie college free agents Dravon Askew-Henry and P.J. Locke might have more of a chance to line up there, but as of now are longshots.