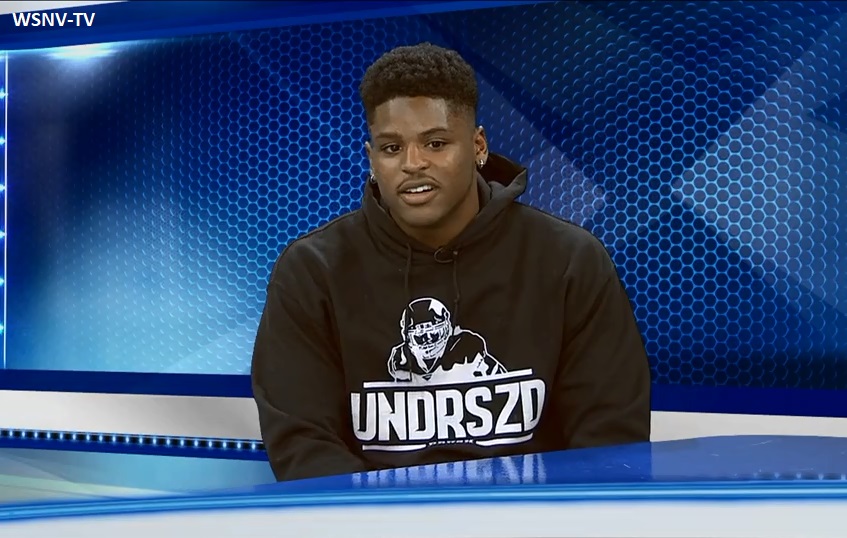 After fully participating in all of the team’s offseason practices this year, it’s now believed that Pittsburgh Steelers rookie linebacker Devin Bush might just wind up being a starter when the team opens their 2019 regular season against the New England Patriots 69 days from today. Also by fully participating in all of this year’s offseason practices, several of Bush’s new teammates now have a good sense of what the former Michigan linebacker brings to the team. On Monday, Steelers running back James Conner was the latest player to be asked about Bush and what he’s seen out of the linebacker so far during the offseason.

“Man, the first thing I noticed was, even watching this college tape, he’s just passionate,” Conner said of Bush. “And I think you’ve got to find people who really love football. A lot of people are doing it for a lot of other reasons besides the love of the game and with Devin, man, he really just loves the game. You can see that in how he approaches his work, how he approaches practice. He’s a sponge, but he wants to learn everything – talking to all types of coaches and the older guys and just seeing what he can learn and just how to hop on a moving train. So, I’m really, really excited about him and he’s fast. He’s just a passionate player.”

Even though the drafting of Bush took place nearly two full months ago, the rookie is still having to answer questions about him potentially being too undersized to play inside linebacker at the NFL level. For example, during a recent interview on WSVN-TV in Miami, where Bush is seemingly conducting his pre training camp workouts, the Steelers first-round draft pick this year was asked if thinks being 5’11” might ultimately work against him at the NFL level.

“Nah, I don’t that’s a knock on me, nor do I think it’s a minus with me and I kind of use my height or how I’m built to my advantage,” Bush said. You know, I’m not, I’m not a huge target, nor am I a lot of body to hit so I could get up under taller guys and guys that are more longer than me.”

During that same television interview, Bush was wearing a black sweatshirt with the word ‘UNDRSZD’ printed on the front of it and he was asked to explain the meaning of it. After first revealing that it is a new brand slogan that he had created, Bush then explained the meaning behind the slogan.

“This is just the basic message, man, just undersized or not, not just talking about being physical, it’s just about being in a mental level,” Bush said. “You know, people try to knock a lot of things about, you know, what you’re trying to do and how you trying to do it, just because that’s how the world is. A lot of people going to have the negative things to say and a lot of people will undermine what you want to do in life, you know. So you gotta embrace it, man. They’re going to knock you, man, just keep doing what you’re doing.”

Bush certainly seemed to make great progress during the Steelers offseason practices and now he’ll be asked to quickly continue his rookie season development in late July and at Saint Vincent College in Latrobe during the team’s annual training camp. Conner said on Monday he looks forward to watching Bush take his next developmental steps during that time as well.

“I can’t wait to see him in training camp and see all the plays he’s going to make for us this year,” Conner said of Bush.