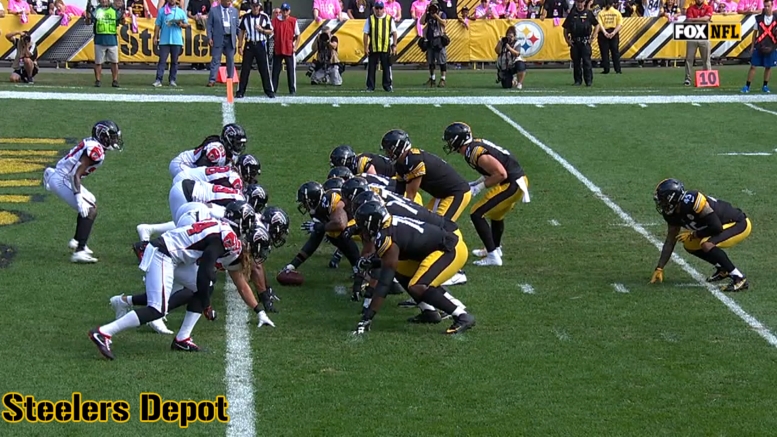 In his first year on the job, offensive coordinator Randy Fichtner had one mission. Fix the red zone offense. For too long, basically the past decade, it floundered well below expectations. Too much talent, not enough production. That all changed in 2018 when the Pittsburgh Steelers finished with the league’s #1 red zone offense, finding the end zone at a 73.5% clip.

Not only did that lead the league, it was the best mark in 15 years. I sent out this tweet shortly after the season ending, putting their success in perspective.

Of course, losing Antonio Brown is a blow to the idea they’ll have a repeat performance. He was responsible for five of those scores, tied with JuJu Smith-Schuster for the team lead. And just AB’s mere presence helped draw attention to open everyone else up, just as it did at all other parts of the field.

But there’s still reason to believe the red zone offense remains strong. Largely due to a stat you’re probably already aware of. Ben Roethlisberger tied for the NFL lead with four red zone interceptions while the offense turned the ball over six times, tied for the sixth highest rate in the NFL. Of the five teams who turned the ball over more frequently, only one – Atlanta – finished in the top ten overall. The fact the Steelers still set a historically good mark is good news going forward when considering life without Brown.

Look at it this way. Even if we assume the red zone offense loses out on a few scores without Brown, they’ll cancel that out by gaining a couple scores if they avoid those turnovers. Of course, there’s still plenty of weapons for Roethlisberger to seek out too. Smith-Schuster is a great red zone weapon with his toughness and IQ, Vance McDonald got a lot more involved the back half of the year, and Donte Moncrief’s career is littered with him capitalizing on jump ball opportunities. Jaylen Samuels is an interesting threat in that part of the field and the receiver depth remains good with Ryan Switzer, Diontae Johnson, and Eli Rogers (there will be a battle for that final spot, of course).

There remains every reason to believe the Steelers can be a top five red zone offense, as Matthew Marczi asked on Monday. But I’ll take it a step further. This team can repeat as the top red zone attack. Anything below top five will be a disappointment.

The Steelers’ red zone figure and their turnover differential will be the two numbers most critical to predicting those success. If you told me both their numbers were good, returning to the playoffs seems highly likely.