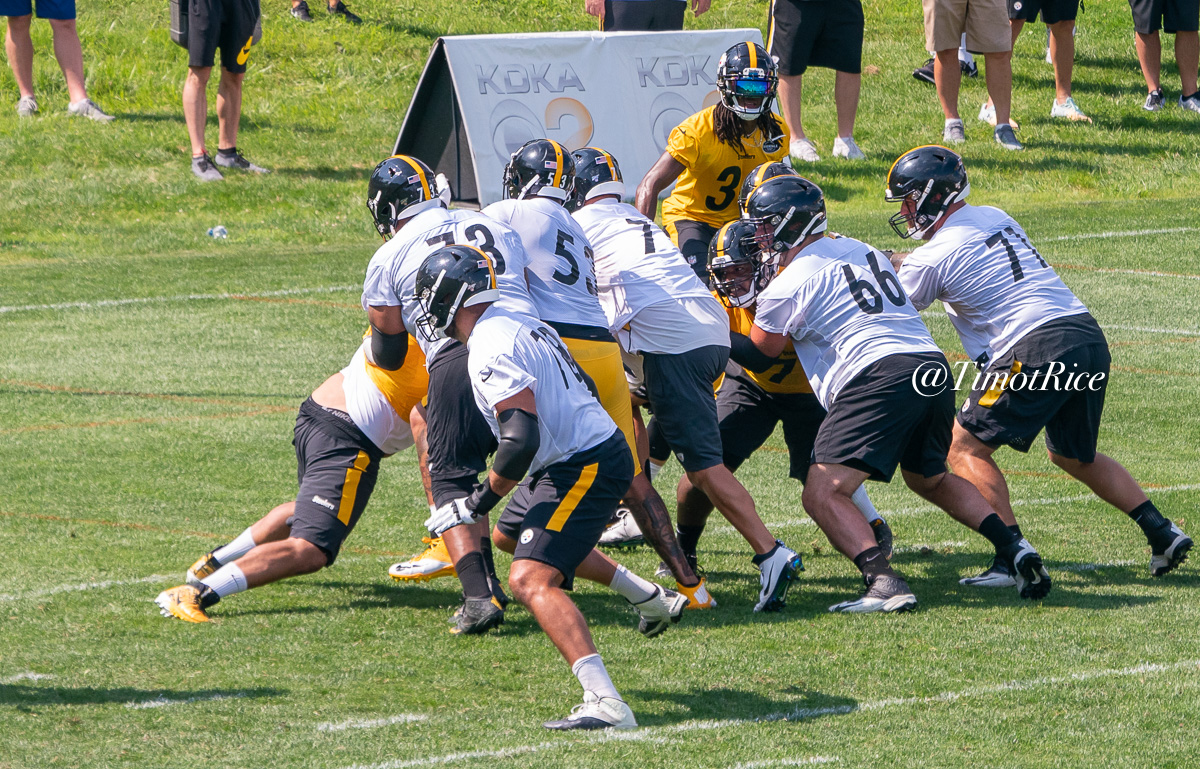 It’s the NFL. Everyone has wide receivers. Everyone can collect pass rushers. Those are staples of the college game. Spreading the ball out and finding guys who can get after the QB before he hits one of his many, many targets.

You know what the NFL lacks? Linemen. The college game has made it hard to find ones who translate to the NFL. In the NCAA, everyone has a spread system. Splits are wide. Coaching is minimal. Some tackles never even work out of a three point stance and unless you go to Wisconsin, run blocking is an afterthought.

Half of the NFL lack even have a functional starting five. And if injury hits? Sound the alarm. Everyone’s looking to find another linemen.

And a few other teams, I’m sure. But the Steelers are in rare company of where they’re at. They have a mostly consistent, talented starting five. Ben Roethlisberger mentioned that as one of the reasons why he continues to play.

“Not many guys have the privilege of having the same group in front of you,” he told NFLN’s Kurt Warner over the weekend. “Obviously, we lost Marcus Gilbert but to have the same group of guys for this many years. They make it fun.”

And even then, losing Gilbert meant replacing him with Matt Feiler, who started ten games last year and is the current favorite to start at right tackle.

Depth? They have that too. Chukwuma Okorafor, should he lose the RT battle, is an exciting prospect with size and athleticism still learning how to play the game. B.J. Finney has stepped into action at center will little drop off in the offensive production. Behind them are draft picks in Jerald Hawkins and Derwin Gray. Gray impressed yesterday with his size and the power he packs on his punch. Then there’s UDFA Fred Johnson, who stood out in OL/DL yesterday with similar traits as Feiler in terms of size, strength, and some athleticism. Zach Banner went from mid-training camp add last year to making the team, sticking on the roster all of 2018, and returning in camp to play 3rd string right tackle. Patrick Morris was an interesting UDFA a year ago and enters camp with a year under his belt.

Even if the Steelers keep nine offensive linemen, they’ll have difficult cuts to make. It’s to the point where they may trade someone, like Hawkins, to one of those many, many linemen-starved teams, especially when injuries start to strike. And if the injury bug hits Pittsburgh, they’ll be well insulated.

Their depth isn’t a fluke either. They didn’t stumble into surrounding themselves with talent. It’s been a concerted effort to invest in the position. Spending high picks on Maurkice Pouncey, David DeCastro, and Gilbert. Developing diamonds in the rough like Ramon Foster and Alejandro Villanueva. Investing in the coaching staff. Hiring Mike Munchak, giving him a dedicated assistant, and doing the same when Shaun Sarrett was promoted.

You get out what you put in. The Steelers have put in as much along the offensive line as any position. That’s why their output is ranking among the league’s best in both starters and depth.