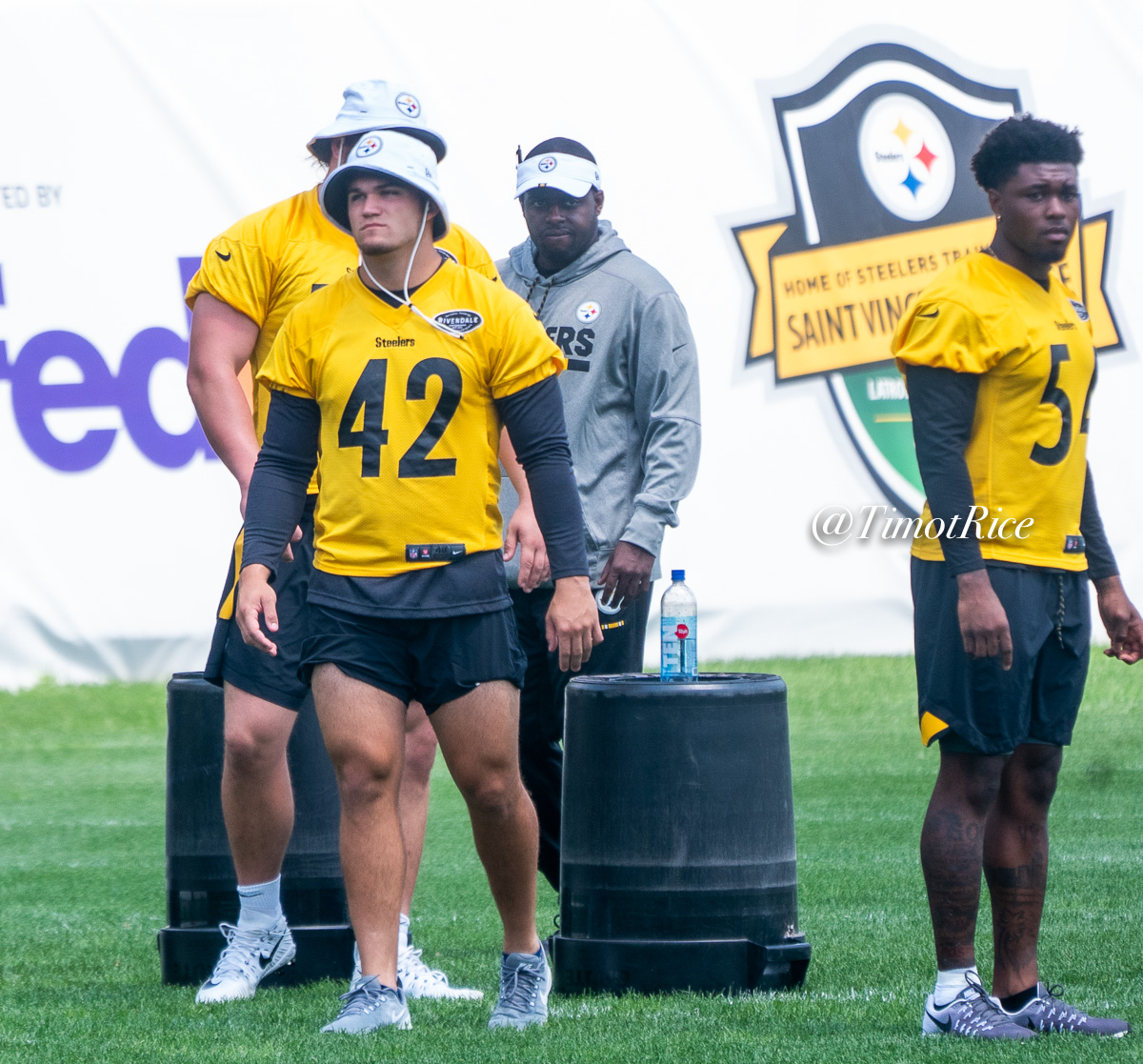 Explanation: While the Steelers are not guaranteed to carry five outside linebackers on their 53-man roster this year, I do think it’s likely, given the evident number of emerging viable candidates. The top four at the position appear to be cemented, but there are at least two and maybe even three others vying for one more spot, and draft pick Sutton Smith might not have the upper hand.

Tuzar Skipper, an undrafted free agent rookie out of Toledo—and college teammate of Olasunkanmi Adeniyi—has been flashing a fair bit in training camp so far, especially since the pads have come on, and seemed to have his best day yet yesterday, doing well to record wins in individual drills.

Sutton Smith, meanwhile, is still trying to adjust to the NFL and playing at his size, with the disadvantages that come along with it. He has a small frame, and that has been used against him with regularity so far against some of the team’s large tackles, such as the mammoth Zach Banner, who himself appears to be having a nice camp.

But when we’re talking about a fifth outside linebacker spot, we are primarily talking about special teams ability, and I do think that Smith’s attributes will translate very well there. He has the potential to be a standout in that department, and quite honestly, the Steelers could use another one after losing Darrius Heyward-Bey and L.J. Fort.

Skipper could obviously be good there as well, but I think he would have a harder time. it’s worth noting that Adeniyi isn’t much of a special teamer either, and it’s something that he has previously acknowledged as wanting to address earlier this offseason.

The fact that Smith might have a harder time being slipped onto the practice squad than Skipper could also hurt the latter. And then there’s always the possibility that, you know, after more than two days in pads the sixth-round pick starts to figure out more ways to win in spite of his size, and to show up on tape in the preseason the way he did in college. We’re talking about four days of practice here.