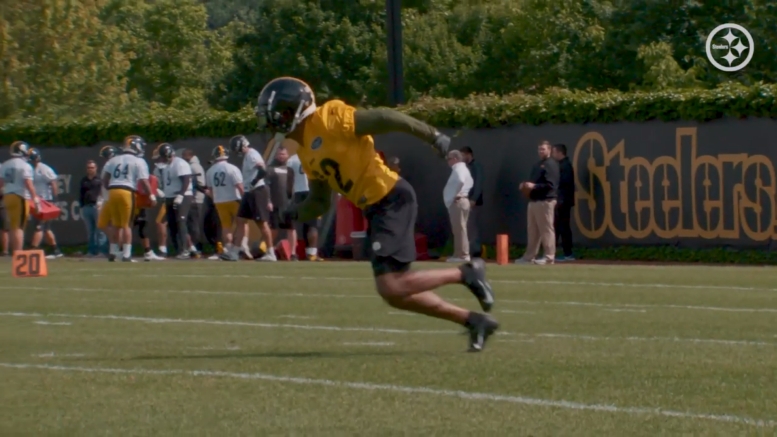 Topic Statement: Steven Nelson will complete his current contract with the Steelers while starting on the outside at cornerback.

Explanation: The Steelers’ three-year, $26.5 million deal that they gave Steven Nelson earlier this offseason is the second-largest contract they have ever given to an outside free agent. The biggest was to Joe Haden. They figure to make up the team’s starting outside cornerback duo this year, but Mike Tomlin also hastened to talk up his versatility to play in the slot the first time he was asked about Nelson.

Given the Steelers’ horrendous problems drafting and developing talent at the cornerback position, it’s hard to wager that they will add another cornerback who in the next three years will be more capable of starting on the outside when Nelson will be.

While he did play a lot in the slot for the Kansas City Chiefs, his best performance, and best season, came last year when he started on the outside on a full-time basis rather than bouncing back and forth. If he’s best on the outside, you play him where he’s best.

I don’t envision him making any Pro Bowls, but Nelson should easily prove to be one of the best cornerbacks the Steelers have had this decade. Add to the fact that there’s no guarantee Haden is going to be here two years from now and you have to wonder where they’re going to find two outside cornerbacks.

If we’ve learned anything from Morgan Burnett and Ladarius Green, it’s that you don’t count your chickens before they hatch. Neither one of these highly-valued free agent signings lasted more than a year with the team before they were released on three- and four-year contracts, respectively.

Cornerback is also shaping up to be one of the last areas on the Steelers’ roster that will need attention, which means they may soon continue to invest heavy resources there in seeking answers. Justin Layne has the potential to emerge as one outside starter within the next three years. Haden could be one, and don’t be surprised if they sign another free agent if he’s not, or draft a cornerback in the first round within the next two years.