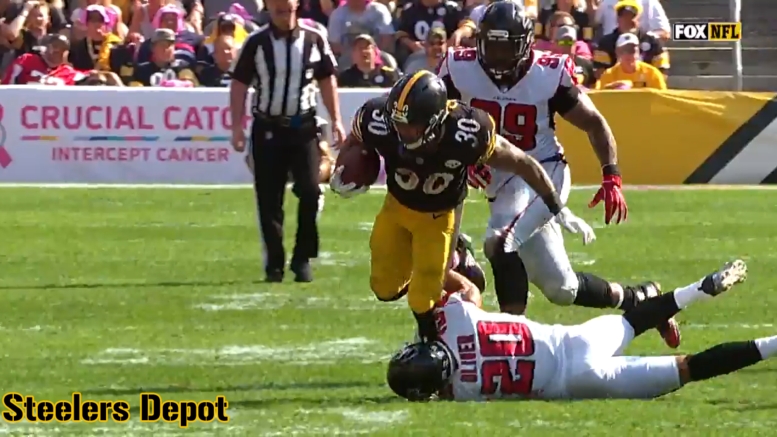 Topic Statement: The Steelers will run the ball at least 40 percent of the time.

Explanation: The Steelers ran 1089 plays from scrimmage last season. Only 345 of them were rushing plays, and that includes sacks and kneeldowns. That equates to a rushing percentage of less than 33 percent, or under one third of the time. Ben Roethlisberger threw a league-high and franchise-record 675 passes.

I can pretty much guarantee you that Roethlisberger is not going to be throwing the ball 42 times per game. That’s an insane usage percentage for a quarterback nearing his 40s, especially one who just committed to playing for three more years. His 675 pass attempts last season were 67 more than he ever had, or the different of over four throws per game.

The Steelers are better-equipped to run, and worse-equipped to pass, in 2019 than they were in 2018. Factor in the loss of Antonio Brown and the maturation of the running backs, who were not expected to be in the roles they played last year, and it’s easy to see why they relied so heavily on the passing game last year.

Just look at 2017. They ran the ball 437 times on 1051 plays. That’s close to 42 percent of the time. You’re not going to tell me that one season completely transformed their plans about how to run the offense so sharply.

Then again, if you go back to other recent seasons, you’ve find running percentage that approach—sometimes very closely—but don’t quite reach 40 percent. It seems that their typical ratio is roughly in that 60-40 range, but in-game circumstances tend to favor scenarios that dictate more throwing.

The defense would have to hold leads better this year, I think, to get the Steelers into that 40 percent range on the ground. When they had two-score leads in the fourth quarter is when they ran the ball more. I don’t know that I see that happening very often in 2019.