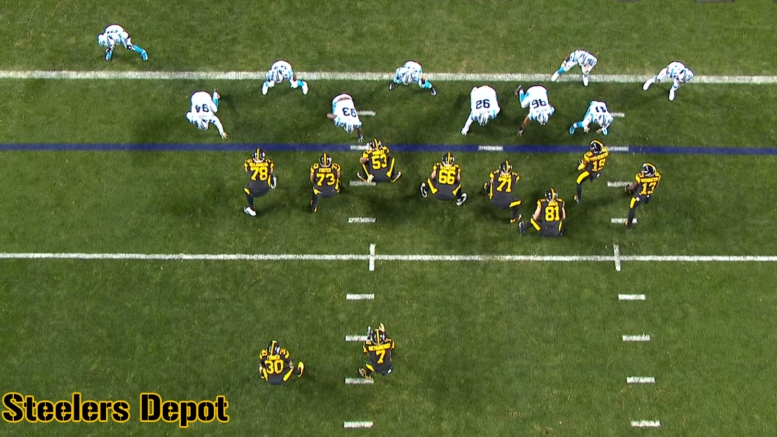 Topic Statement: The Steelers will have a top-five red-zone offense in 2019.

Explanation: Red-zone efficiency is one of the most important statistics in football, especially for those offenses who don’t specialize in big-strike scores. The difference between three points and seven can be critical in any game at any time. the Steelers had the top red-zone offense in efficiency last year, but whether that was a fluke, or the product of the collaboration between Ben Roethlisberger and Randy Fichtner, remains to be seen.

While there will be some adjustments, this offense should be as efficient as it was last season, which should qualify it as a top-10 performer. There is still JuJu Smith-Schuster, and nine of his 14 touchdowns have come inside the 20 so far. Five of his seven last season were inside the red zone.

James Conner was another high performer in the red zone. 10 of his 12 rushing touchdowns were within 20 yards, with nine coming inside the four. Finishing on the ground is a key cog in the red-zone efficiency machine.

Most important, however, is the stability of the offensive line. With good protection, or powerful straight-ahead blocking, an offense can move the ball in the tight spaces that the red zone provides, and few defensive lines can match Pittsburgh in the trenches.

The fact that they haven’t had a top-five red-zone offense in a long time before last season obviously makes it difficult to argue in favor of it happening again, especially since it can be such a fluky thing. Any time you’re working with a sample size that almost surely will be under 100 is going to have some variation that looks more significant than it is.

It’s entirely possible, for example, that the Steelers could have the same efficiency percentage as last season, which was excellent, and still not be in the top five, since it’s relative to what the other teams do.

With that said, the loss of Antonio Brown is going to be felt in every aspect of the game, including there. The fact that the team had an unusually high number of first-and-goal situations from inside the five-yard line also artificially padded their numbers a bit, and you can’t predict that will happen again.