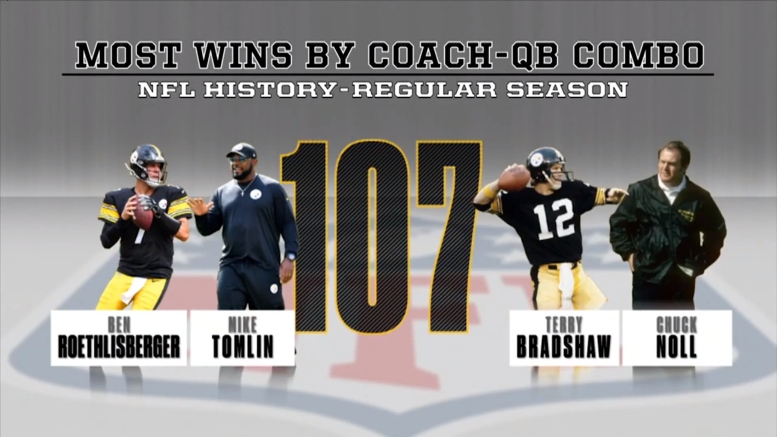 Topic Statement: Mike Tomlin will end his career as the winningest coach in team history.

Explanation: Chuck Noll had one of the longest coaching careers in NFL history. His 23 seasons as the Steelers’ head coach from 1969 to 1991 is the eighth-most time spent in that capacity for a team in NFL history. He produced 193 wins out of it, the ninth-most in NFL history. Bill Cowher won 149 games (20th-most) in his 15 seasons in Pittsburgh, but Tomlin, in 12 years, has already accumulated 125 wins, with comfortably the best winning percentage of the group.

Tomlin needs another 69 wins in his career to overtake Noll for the most wins in NFL history. If he continues his current pace, that means he would need to coach for another seven seasons, as he wins a little over 10 games per season on average.

One of the aspects of this discussion that plays into his favor is that he became a head coach at a young age. When he took the job, he was coaching a guy that he played against in college in James Farrior. He was 35 in his first season in Pittsburgh.

At an average of 10 wins per season over the next seven seasons, he would be 52 by the time he surpassed Noll’s mark of 193 career victories, which needless to say is far from old for a head coach. We don’t even need to talk about Bill Belichick to talk about that.

But there are two major ways that this could easily fall apart. One is a precipitous drop in production once he loses his franchise quarterback. Ben Roethlisberger might play more than his three-year contract, but it’s highly doubtful that he lasts seven more years. Usually, a team coming off a franchise quarterback experiences a drought that can last a while.

The Steelers are not prone to firing coaches, but it’s always a possibility once something like that takes place. And beyond that factor, we also have to consider the type of person Tomlin is. While he’s highly competitive by nature, he is also a multi-faceted individual and a family man.

He’s not necessarily somebody who wants to coach until he dies. He’s already won a Super Bowl and had great success. A lot can happen over seven years. Remember, Cowher was also 35 when he got the job. He retired after 15 seasons and has never seriously flirted with getting back on the sideline.