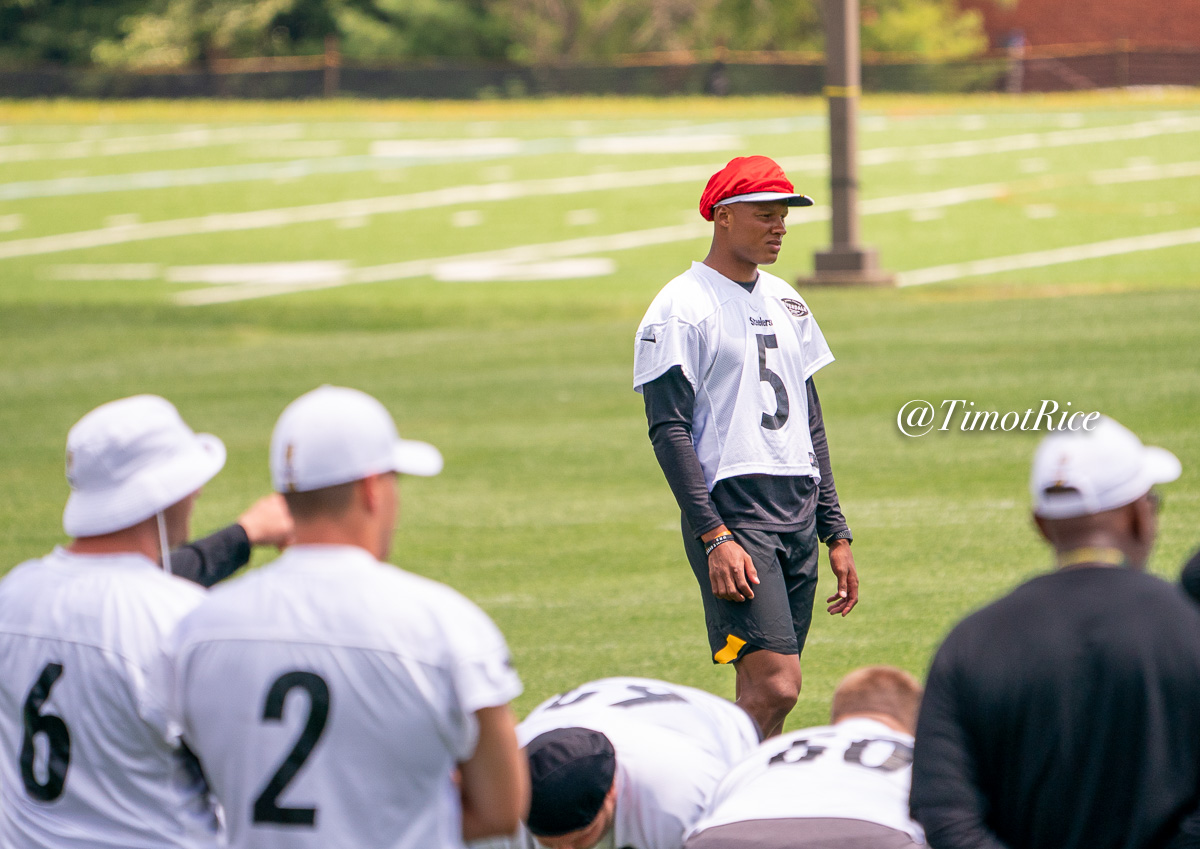 Explanation: The statement was phrased intentionally, to suggest that Dobbs is going to have struggles this offseason that contribute to his losing the backup job as much as whatever Mason Rudolph does to claim the spot. Beyond that, I should add that this is not intended to be a direct reaction (let alone overreaction) to the first three days of training camp, but rather is a broader discussion.

You can already go back to last season and recall that Dobbs’ preseason success a year ago was inflated. He was the beneficiary of two excellent touchdown receptions on average to poor throws from himself to James Washington, and his long touchdown to Justin Hunter came against, if memory serves, a fourth-string cornerback who wasn’t on anybody’s 53-man roster soon after.

It can still be argued that he never should have been the backup quarterback last season at Landry Jones’ expense (queue the boo birds, so I know will be in the comments section to point out that Jones isn’t in the league). His lone extended action helped cost them a win late last year, contributing to their lack of a postseason appearance, and that is because of issues that he continues to show even in the past few days with his accuracy and processing speed.

The sell argument can go one of two ways. It either takes the approach that he is going to win the job, or that Rudolph is going to win the job. Both of them have merit, and as to the former, I would cite the fact that Dobbs has historically performed at his best while facing pressure, going back to his college career. I don’t know that he is a great practice player, but he is still developing and can come up with better plays in-game.

If he doesn’t, though—or even if he does—the reality is that the Steelers are probably looking for an excuse to heap their attention onto Rudolph. Though he hasn’t yet lit it up in training camp, he has been the better of the two and made some of the quality throws the team expects from him.