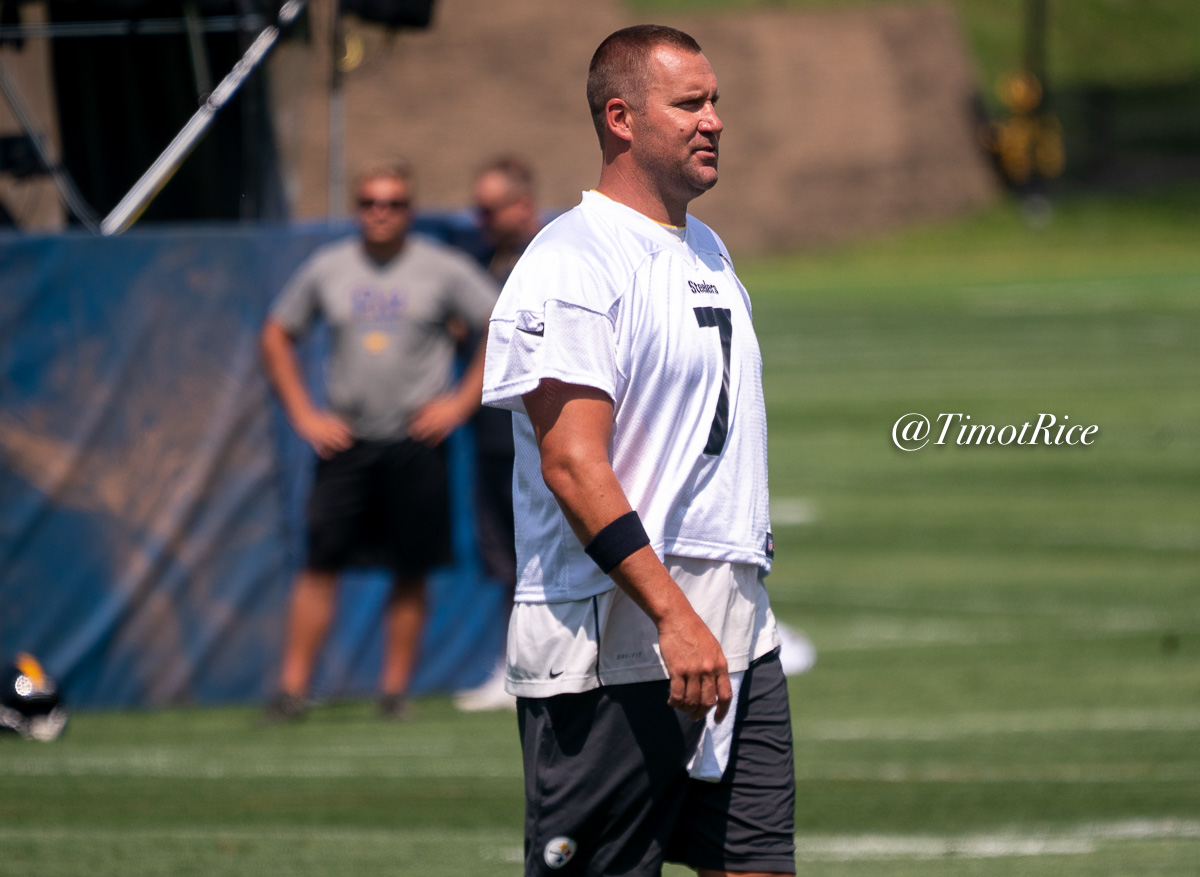 Ben Roethlisberger has already made more money in his NFL career than he will probably know how to spend. The 15-year veteran has generated generational wealth for his family. He is 37 years old, and is preparing for yet another season for the Pittsburgh Steelers, seemingly as passionate about playing as he has ever been to get out on the field.

It’s exactly that passion that keeps him coming back, as he told Kurt Warner yesterday during an interview for the NFL Network. He joked, or rather half-joked, that “signing a three-year contract” was also part of keeping him coming back, but he really cited “the love of the game” as the reason that retirement thoughts are always put on the backburner at this time of year.

Warner followed up and asked him to define what that love for the game of football means to him. “Being out here with the guys, smiling, laughing, joking”, the said. “Throwing touchdown passes, seeing guys dance and celebrate”. Even Roethlisberger gets into the celebration mode from time to time.

“Just to be out there with those guys”, meaning the younger players, he said, “and to see the joy that they have when they play the game, it’s fun”. During JuJu Smith-Schuster’s rookie season in 2017, when he was only 20, the quarterback did talk about how invigorating it was to feed off of the young wide receiver’s energy and enthusiasm. Not just himself, but the whole team.

And that is all a part of the love of the game. It’s an essential element of any team sport, in which a group of disparate individuals, who may come from a wide variety of backgrounds with origins all across the country, come together and unite in a quest to achieve a common goal. Doing so by forming cohesive units that require a great deal of communication and understanding.

This offseason, Roethlisberger has really tried to take it a step further, resuming his annual trips to his Georgia property while playing host to many of his offensive teammates, which was big for some of the new faces involved, most notably free agent wide receiver Donte Moncrief.

He has been more conscious, or so it seems, of getting in that work with the new faces, spending extra time with them in practice, breaking things down for them to ensure that they get on the same page, throwing them different types of balls with different timings to learn about what kind of pass catcher they are.

With Antonio Brown, the player with whom he had the greatest on-field rapport in his career, no longer in the picture, Roethlisberger is finding himself, in many ways, exploring a new or relatively new cast of characters, which can be exciting.

At this point, the players he’s throwing to these days with whom he has worked the most over the years are Eli Rogers and Xavier Grimble. Think about that. Diontae Johnson, Ryan Switzer, even Vance McDonald to an extent, he’s still breaking them in and figuring them out. Which is all a part of his love for the game.