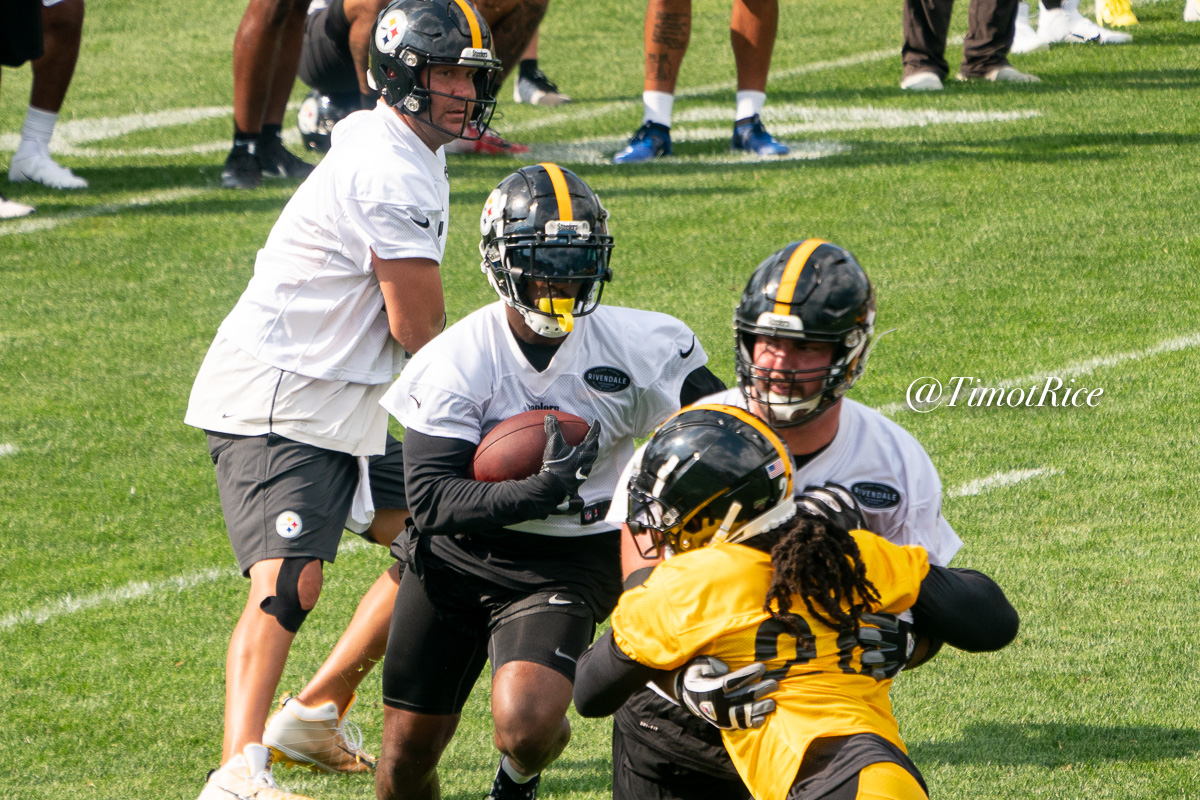 With so many new faces around him, and following an offseason in which he was questioned from a number of different angles, Pittsburgh Steelers quarterback Ben Roethlisberger is probably feeling a bit of relief to finally be in training camp.

Both he and his team are being doubted from many corners, largely predicated upon the question of how they will continue to succeed on offense with the player most considered to be the best on their team, former wide receiver Antonio Brown, no longer on the team.

Roethlisberger, who threw for over 5000 yards with a franchise-record 34 touchdown passes last season, will have a largely new group of players to throw to this year, with the most consistent presences being those of JuJu Smith-Schuster and Eli Rogers. Rogers is the only skill position player with whom he has worked for more than two full seasons, outside of Xavier Grimble, which is pretty astonishing to consider.

And with all of that turnover comes the need to learn new things. Including how best to lead each new individual, which is something that he talked about with during an interview on the NFL Network yesterday after practice with Hall of Fame quarterback Kurt Warner.

“I always want to improve. I always want to evolve. Each person requires different leadership”, he told Warner. “You’ve got to lead guys in different ways. Vocally, example, all kinds of things. I just think it’s fun. It’s a challenge sometimes to kind of know how to communicate with each guy. Because it’s not just skill guys. It’s linemen, it’s running backs, tight ends, kind of everybody. So I view it as a challenge to learn how to try and lead guys”.

Leadership ability was one of the central focuses of criticism Roethlisberger received early in the offseason following comments made primarily by Brown and Le’Veon Bell on their way out the door, which led to a dogpile of other faces jumping on top.

He responded by plowing ahead and looking to build and strengthen his relationships with those who are present, including his resuming his trips to Georgia. He hadn’t done one since the vast majority of these players had been on the team.

“I think it was losing a guy like Antonio, the connection that we had”, Roethlisberger said, that was one of the biggest reasons he thought the trip would be valuable. “It was an opportunity to connect. We worked out obviously and kind of get a leg up on this day [opening of training camp], but it was just as much” the bonding.