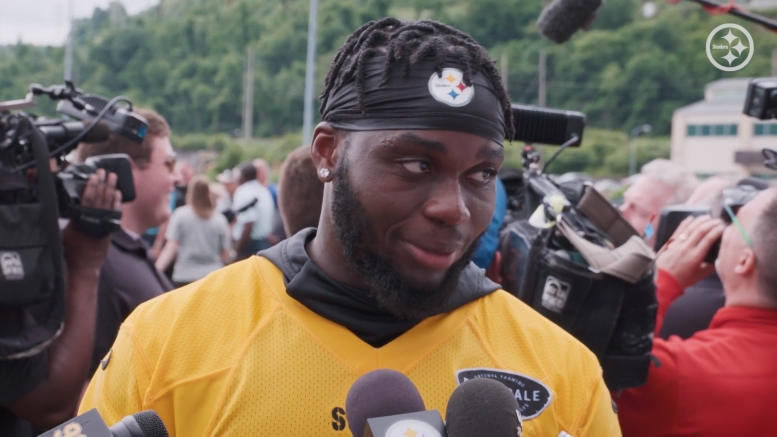 It won’t be long now before the Pittsburgh Steelers begin rolling into Latrobe, PA to make Saint Vincent College their home away from home for several weeks as the summer winds down. That is when we know that training camp has begun, and with it the first deep breaths of the 2019 NFL season.

Everything that we have experienced up until now, from the re-signings, releases, and trades to the draft and all the way through OTAs and minicamp, has been but a preview, the setup, for what is to come next.

That is because they initially carried then-rookie Olasunkanmi Adeniyi on the 53-man roster as the number four outside linebacker, only to quickly move him to the injured reserve list with an eye toward bringing him back later in the season. He suffered an injury in the preseason finale, but was surprised when he was put on injured reserve, believing its severity did not warrant it.

Chickillo ended up playing roughly 300 snaps for the defense last season even though T.J. Watt and Bud Dupree both started all 16 games, neither missing many snaps at all due to injury. Watt played about 900 snaps, Dupree about 870, and Chickillo filled in nearly all of the gap remaining, recording 24 tackles, a sack and a half, and two passes defensed.

Adeniyi only returned for the final month of the season and was limited to just nine snaps, but the coaching staff has talked him up quite a bit this year, and observations of the second-year player during spring drills remained very promising.

There is conceivably an opening that he can exploit that would allow him to ascend to the number three role on the depth chart if he performs sufficiently well over the course of the next month and a half during training camp and the preseason. He had a strong summer last year already.

More likely than simply being the number three outside linebacker, however, Adeniyi most realistically will play his way into the backup right outside linebacker, leaving Chickillo to stay on the left side behind Watt. Chickillo played significantly on both sides, both last year and throughout his career, but if they have two backups that they are comfortable with, they could specialize more, and give their starters more rest.