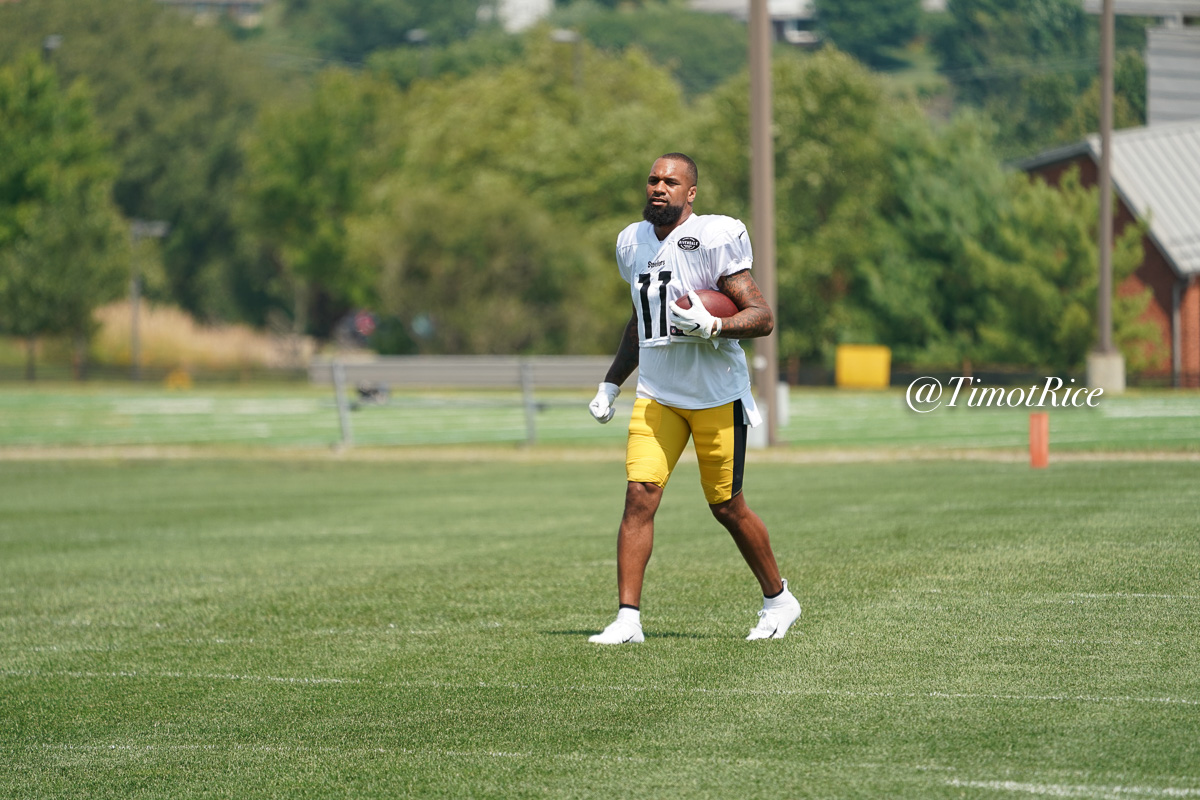 Going with the obvious one for today, and again, with the caveat that this is very minor and very temporary, but with Donte Moncrief leaving yesterday’s practice with a finger injury, the veteran wide receiver is stock down heading into the team’s break from training camp today.

Of course, on the hopeful side, he won’t miss any time, ready to go on the other side of the off day. But we won’t know that until they take the field again tomorrow. With the finger injury, it’s possible that he misses some practice time, but I don’t think that is really going to threaten his role on the team, which appears to be earmarked for a starting job.

The other side of this discussion is that if Moncrief does miss some time, that is going to mean more first-team reps for the likes of Diontae Johnson, the rookie third-round pick, and James Washington, whom the Steelers are hoping can have a big second season following a disappointing 2018.

Is it possible that one of the two—Washington more likely, for now—could slowly but surely nudge his way into the number two receiver role in the event that Moncrief sits out for a while? I suppose so, but I think that’s more likely to be something that would play out organically over the course of the season.

So far, the sixth-year veteran has been a strong presence for the Steelers this offseason, seemingly saying and doing all the right things. Everybody who has talked about Moncrief has praised him for his veteran leadership or his wide catch radius and understanding of the offense. It’s hard to find anything negative on him since he signed in March.

One thing that I have wondered is just how much of a ‘veteran’ the Steelers view him. Do they see him as tenured enough to justify being given an off day here and there, as they did for fellow 2019 signing Mark Barron? Moncrief is in his sixth season, but he is actually only 25 at the moment. Both Eli Rogers and Tevin Jones are older, and Trey Griffey is also 25.