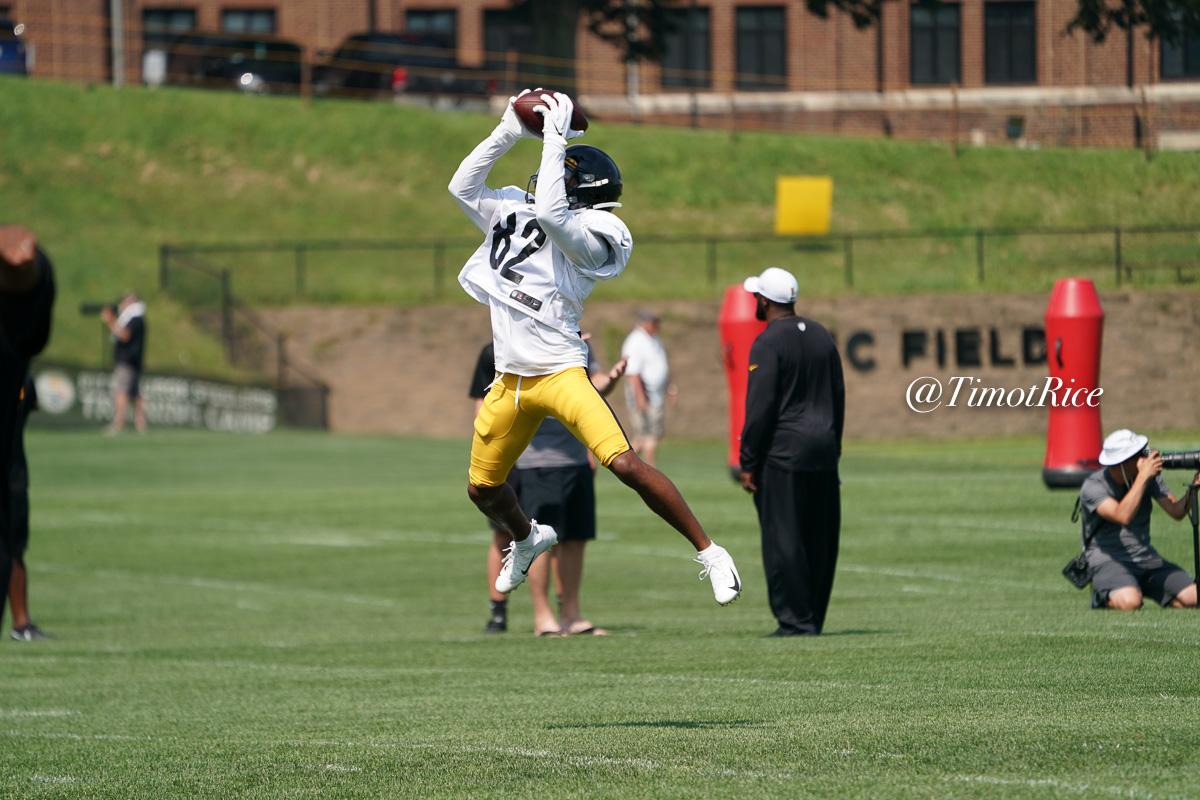 We might as well stick with a theme for now, going to another wide receiver with a similar name. We talked about veteran Donte Moncrief suffering a finger injury. If that injury prevents him from practicing today, it could mean more high-quality opportunities for others, such as Diontae Spencer.

Originally signed by the Steelers as a Reserve/Future player after the 2018 season ended, Spencer is actually a veteran of several years in the Canadian Football League, where he has been a dynamic player both on offense and special teams.

The slight-bodied first-year guy was able to attract some attention during OTAs with some impressive catches, and he has continued to do so through the early portions of training camp as well, which is, of course, exactly what he needs to do to have any chance of making the 53-man roster.

It’s hard to imagine him doing that if he doesn’t also earn a return job, however, so a lot of his future I suspect will hinge upon how many opportunities he gets to return kicks and punts in the preseason and what he does with them.

Still, for now he has shown about as much as he can show, seemingly able to make a highlight-reel play at least once per day so far, showing both his speed and route-running, as well as his ability to make adjustments in unscripted moments.

Spencer finds himself in one of the very deepest parts of the Steelers’ roster, working behind JuJu Smith-Schuster, Moncrief, James Washington, Eli Rogers, Ryan Switzer, and rookie Diontae Johnson, though he has gotten mixed in here and there with higher-quality reps. The wide receiver position is always the most fluid in that regard.

What is interesting is that the team has a lot of similar body types toward the back end of the roster, so it may well come down to who among them is able to snag the return job. Spencer had good success in that area in the CFL, and Stefon Logan a decade ago showed that it can be done in Pittsburgh.