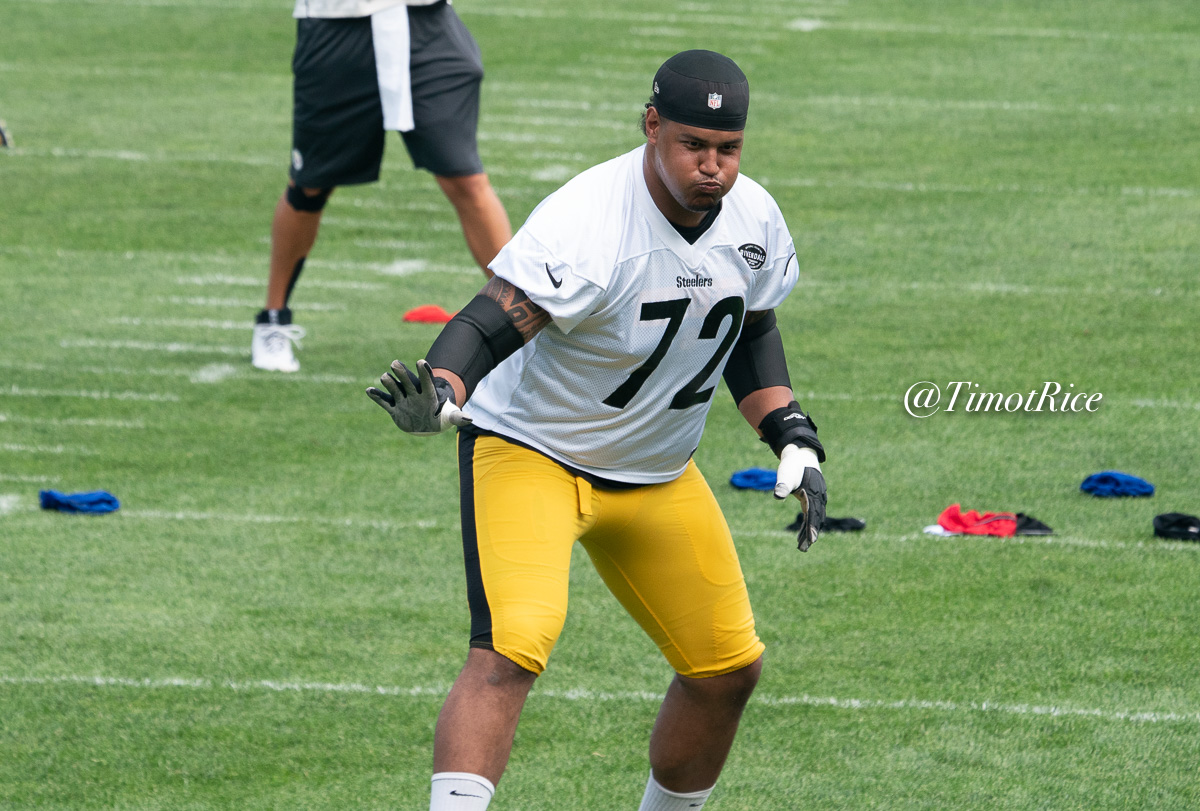 Zach Banner has largely been the forgotten man at the tackle position. When the team revealed that they intended to hold a competition for the starting right tackle position after trading Marcus Gilbert, named only were Matt Feiler, Chukwuma Okorafor, and Jerald Hawkins.

Originally a fourth-round draft pick by the Indianapolis Colts in 2017, he ended up playing for the Cleveland Browns by the end of his rookie year. The Carolina Panthers signed him in the offseason, but released him in the summer, remaining unemployed in the NFL until the Steelers called upon him to come in, needing a body at tackle.

He entered the fray and showed enough that the Steelers kept him on the 53-man roster for the entire season as the ninth lineman and number four tackle, though he logged zero snaps. They saw in him the potential for development after having only a few weeks with him.

Yet they seemed to pay him relatively little attention this spring. Even now, he is primarily running with the third-team offensive line, with Hawkins and Okorafor the tackles on the second team, but he has done well with the opportunities that were given to him.

Yesterday in particularly, he reportedly showed well during a lineman-versus-lineman drill, going up against Daniel McCullers on a number of occasions and winning the battle. Each of them tip the scales at over or around 350 pounds and stand 6’7” or taller, so that is certainly one gargantuan collision.

Any positive step forward helps to bring Banner closer to being in the conversation to return to the 53-man roster, even if he currently figures to be on the outside looking in. Feiler remains the favorite to win the right tackle job, which would put Okorafor and Hawkins in the driver’s seat to serve as the backups.

Another thing that stands in Banner’s way is the fact that, at his size, he is a tackle-exclusive player. Having the versatility to play at least two positions (either guard and tackle or guard and center) is greatly preferred to those who are limited to one. But if he’s good enough, exceptions can be made. It’s worth noting that he still is eligible for the practice squad with two accrued seasons under his belt.