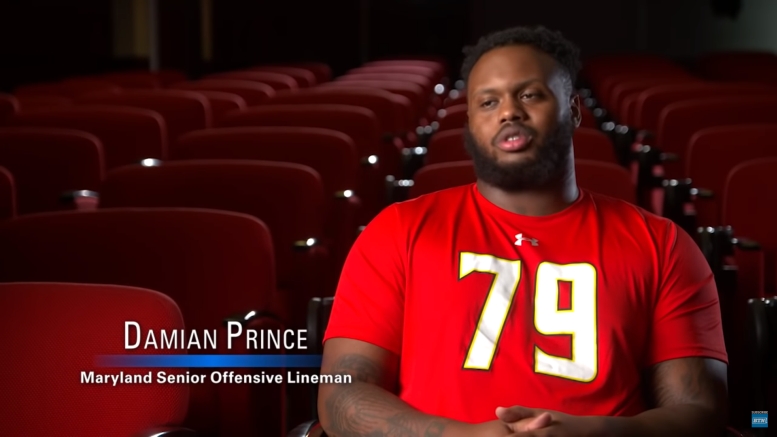 Damian Prince is a rookie college free agent tackle, playing on the right side, from Maryland. He was invited to the Steelers rookie minicamp, after which he was signed to the 90-man roster. The team saw enough in him that they decided that he was a better option than R.J. Prince, who like the fresh Prince (yet, that was intentional), was a rookie minicamp invitee. Only the former Prince lasted on the practice squad all throughout the 2018 season until he was unseated by Damian Prince in May.

But that could prove to be the highlight of his NFL career. At the very least, there’s not an obvious path to the 53-man roster for him, and making the practice squad will be very difficult as well. The fact that he is limited to only playing tackle, while his teammate, seventh-round pick Derwin Gray, has already played both guard and tackle spots, shows the odds he is facing.

That’s why I can’t really put his stock as trending up or down, because he is where I think he pretty much is going to stay. Even among the offensive linemen who are, based on their physical composition, limited to being only on the outside, veteran Zach Banner clearly has an edge over him, and that goes for both the 53-man roster and the practice squad, for which he is still eligible.

Banner making the 53-man roster would help him, though, as that would likely mean that Jerald Hawkins doesn’t make the team, and Hawkins is not eligible for the practice squad, so that would make it easier for Prince to find a place on that 10-man unit.

Between Hawkins, Banner, Gray, and Prince, the Steelers have an interesting competition on their hands for perhaps what will prove to be the number four tackle spot. Alejandro Villanueva is the left tackle, of course, while Matt Feiler and Chukwuma Okorafor are competing to see who will be the right tackle and, most likely, the primary swing tackle. If he loses, however, Feiler could kick inside and allow an additional tackle to make the 53-man roster as well. He has already started a game at guard and played as a high level.