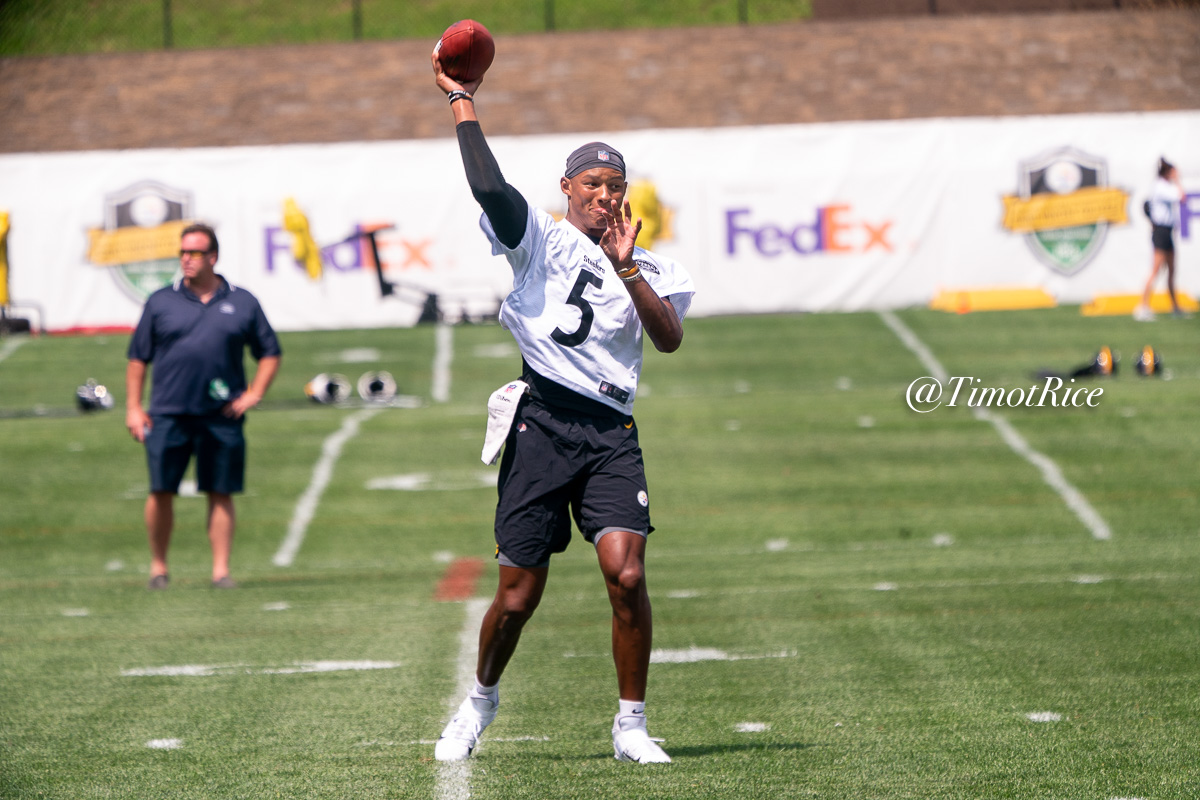 Let’s take a moment to pause here before we go any further. Because I need the readers to understand exactly what this means. If I write that a player’s stock is up or down, that is only one small part of the equation. The nuance of that evaluation is in the text, and the significance of the evaluation can vary wildly both in degree and longevity.

Yesterday’s evaluation of T.J. Watt as ‘stock down’ was incredibly minor, at least for now, and ideally very short-term. But pulling up at the end of the conditioning test with a tight hamstring and starting training camp on the PUP list is certainly a short-term ‘stock down’, since he’s not healthy enough to be on the field right now.

And now we move on to what I hope will be another very short-term downgrade, this time for third-year quarterback Joshua Dobbs, one of Watt’s draft classmates. As would be expected, Dobbs functioned as the number two quarterback yesterday but had a rough go of it, especially early on.

Thanks to our own Alex Kozora, we know that he bombed during his work in the Seven Shots drill, throwing a pair of interceptions on his first two throws and sailing a ball over an open (and very tall) target in the back of the end zone. Kozora also reports that he failed to distinguish himself in any positive way during team drills. He was even chased out of bounds for no gain by Tyler Matakevich.

If Dobbs intends to hold on to his backup job, he can’t string together too many days like this. Granted, the primary evaluations will come during the preseason, where he performed generally well last year, particularly in the finale, but how he looks in practice matters as well.

He is competing, of course, with Mason Rudolph, the 2018 third-round pick. Neither of the young quarterbacks had a particularly strong day to open camp, but we’re not going to overreact to the first day of training camp, either. A rough start is a rough start, and every player has an opportunity to demonstrate that it’s nothing more than that by rebounding and having a better day next time. It’s time for Dobbs to show his resilience.