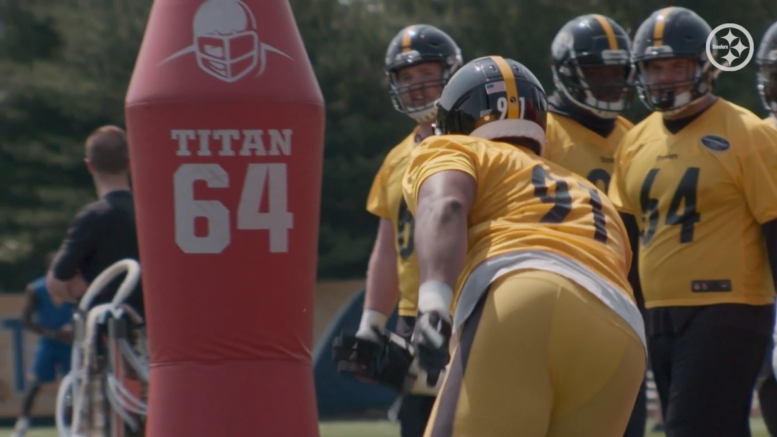 At this point, any season that he enters healthy is an upward trend for Stephon Tuitt, who has been marred with (typically) minor injuries for most of his career. The sixth-year defensive end may be the most physically gifted player along the line for the Steelers, but many view him as the third-best of the group behind Cameron Heyward and Javon Hargrave.

He did finish third to the pair in sacks recorded in 2018, with Tuitt posting five and a half, which is the second-highest total of his career to date. That somewhat speaks to the perception that people have of him, which is that he is not living up to his full potential.

I think that is an assessment he would certainly agree with, as Heyward talked about earlier this offseason. He told reporters that “Tuitt is very hard on himself, and I wouldn’t have it any other way”. You can tell that he is the type of player who studies diligently all the plays that he didn’t make the year before that he could have made had he done something differently.

The veteran actually had a minor injury earlier this spring that kept him out of some OTA practices, but it wasn’t long before he returned and was at full capacity for mandatory minicamp. There should be no worries whatsoever for him healthwise entering training camp, which is a nice thought for a change of pace.

One thing I want to emphasize is that it’s very important that he continue one positive form his previous season, which is his tackling. In the past, Tuitt has missed a number of plays—whether sacks or just tackles—because he was unable to finish for one reason or another. That was hardly an issue last year.

By all rights, 2019 should be the year that he puts everything together and he’s seen as the equal to Heyward. He is already a lot better than certain segments of the fanbase give him credit for, granted, but I think this year, it will be hard for even them to deny his talents.