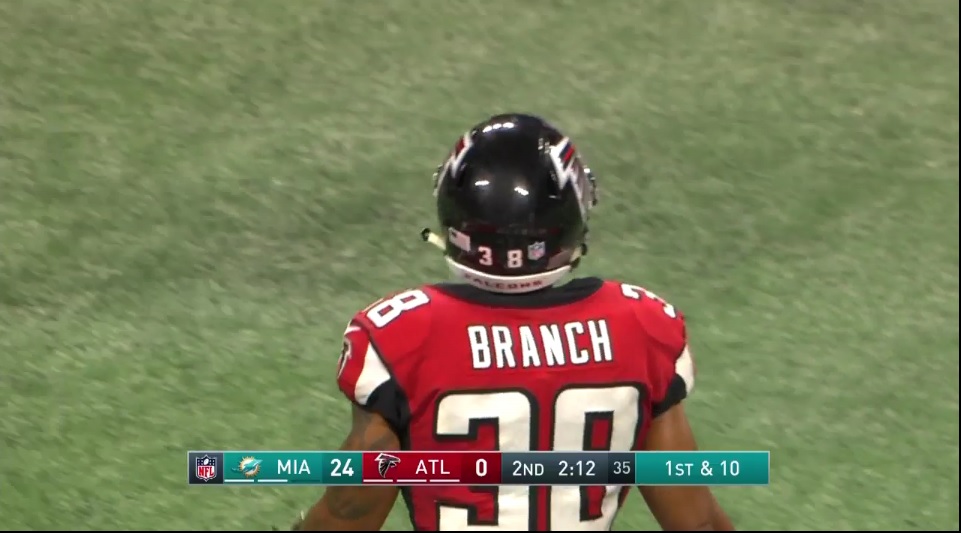 Listed at 5’11” and just 180 pounds on the team’s website, there is some discrepancy as to how much he weighs. And that does matter if he is going to play some safety for the Steelers, because 180 pounds is too light, though I’m confident that’s wrong, by probably at least 10 pounds based on other sources. And we know the team doesn’t always list the right weight (just ask Steve McLendon).

Anyway, the point of this stock watch update is to give acknowledgement to the fact that Branch, listed as a cornerback on the team’s website, played safety, some with the first-team unit in OTAs while Sean Davis was out, according to Jacob Klinger. I saw him mention this earlier in the spring, but wasn’t sure if he meant to refer to Kameron Kelly. He recently mentioned it again, referencing both of them, so it seems pretty clear that he is affirming Branch did in fact get some work at safety.

And as a bottom of the roster player, you know what the slogan is: the more you can do. Even if his odds of making the roster remain very slim, the fact that the team is giving him the opportunity to display himself at multiple positions in the secondary is a positive for him, because versatility is always going to be highly valued in backups.

Branch, a Florida native, came out of Robert Morris in the Pittsburgh area, so at least in that sense he can be regarded as a bit of a local product. He was originally signed as a college free agent by the Atlanta Falcons in 2017. He spent that year on the practice squad, but was waived and not brought back for the squad at cutdown time a year ago.

He remained out of football for the duration of the 2018 season until the Steelers signed him to a Reserve/Future contract in the middle of January, which even in and of itself is notable because that was already weeks into their eligibility to sign futures players, and they had already signed a number of them. He’s actually not even listed on the team’s transactions list (which is yet another problem with their website, since it makes research more difficult when their transactions are not 100 percent accurate or even incomplete).