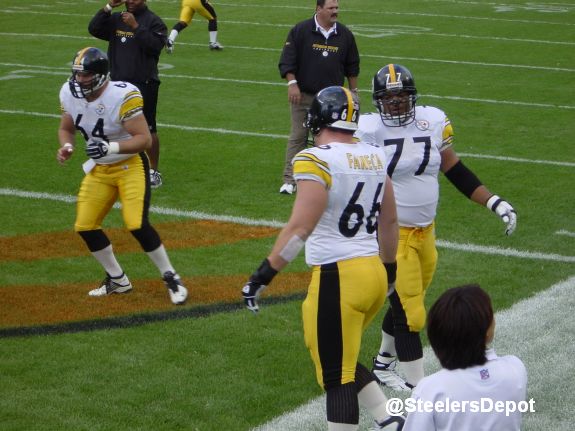 Question: Who is the greatest tackle in Steelers history?

I think this should be an interesting question because, while the Steelers have had a lot of great talents all over the place, the tackle position is one of the few areas in which they don’t have anybody in the Hall of Fame. Guard is one (that will soon change). Safety is another (that will also change shortly).

My money, for the record, would go to Frank Varrichone. The sixth-overall pick in 1955, he spent the first six years of his career with the Steelers, making the Pro Bowl four times. But he played on such bad teams and so long ago that he won’t much be remembered.

Larry Brown moved from tight end to tackle in the middle of the Steelers’ 1970s dynasty, and eventually even became good enough to be recognized for the Pro Bowl, albeit in the strike-shortened 1982 season.

Marvel Smith, Max Starks, Willie Colon, Marcus Gilbert, Kelvin Beachum, and of course Alejandro Villanueva will be the more recent names most discussed. Tunch Ilkin also deserves consideration. He made a couple of Pro Bowls in the late 1980s.

As always, this isn’t meant to be an exhaustive list, and it’s entirely possible, if not likely, that there is a significant name or two that I left out. If that’s the case, and you feel he is the answer to the question, or you just want to talk about him, feel free to do so in the comments.