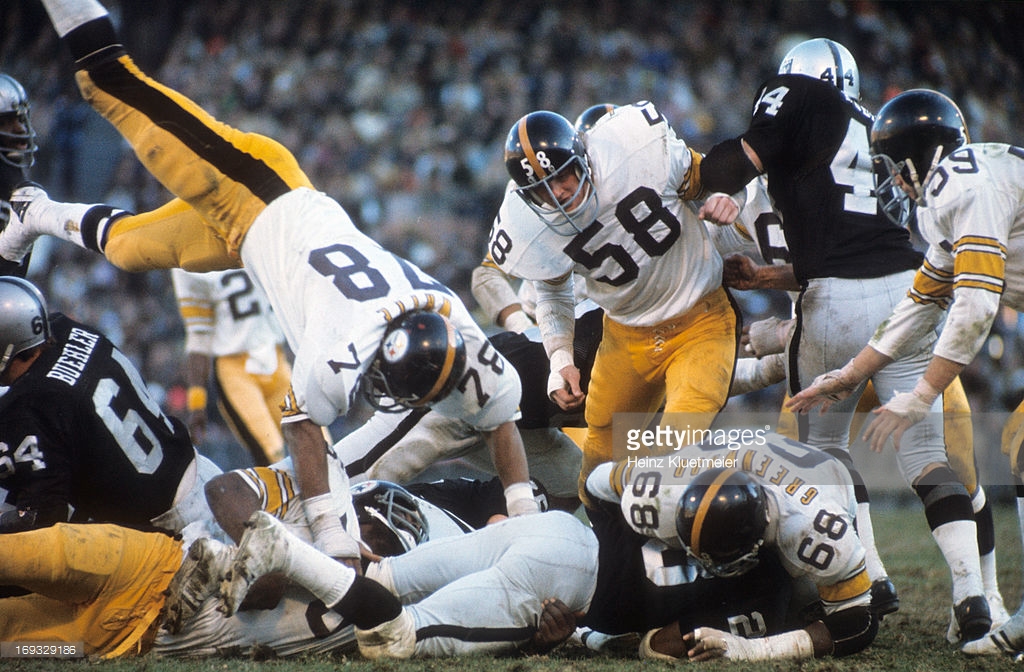 Question: How many Steelers will make it into the Hall of Fame for the centennial class?

As Dave Bryan highlighted yesterday, the NFL and Pro Football Hall of Fame plan on doing something a bit special for the 100-year anniversary of the league, which consists of including an expanded ‘centennial’ Hall of Fame class for 2020 that will help to alleviate some of the logjam we see in Hall-worthy candidates.

While it won’t be for another month or so before it’s officially voted on to ensure that it takes place, from the sounds of it, the wheels are very much in motion and there is motivation to make it happen, so I think it’s a safe topic for discussion.

In addition to the five modern-era candidates, the class is proposed to have 10 senior candidates in addition to three contributors and two coaches for a total of 20. Given the Steelers’ history, it would be pretty disappointing if they came away from this 20-man class without one single figure for representation. But how many might they have?

I can imagine that they would want to be as inclusive of as many franchise as possible, so I think two candidates might be realistic, while three would be really pushing it, but they do have some legitimately worthy candidate, chief among them for the modern candidates being Alan Faneca, and now Troy Polamalu in his first year of eligibility.

As Bryan mentioned, the leading names for senior candidates would have to be safety Donnie Shell and defensive end L.C. Greenwood, and there of course will be some push for Andy Russell as well, who preceded and then became the somewhat forgotten ‘third’ linebacker behind the two Jacks. Bryan also gave a nod to Bill Nunn as a contributor, and just for the sake of it, I’ll put Bill Cowher in there as a coach.

What name would you add to this list? I know Hines Ward is going to be the popular answer, so preferably somebody other than him. By now we should all be aware that, at best, he will have a wait ahead of him if he ever gets in.