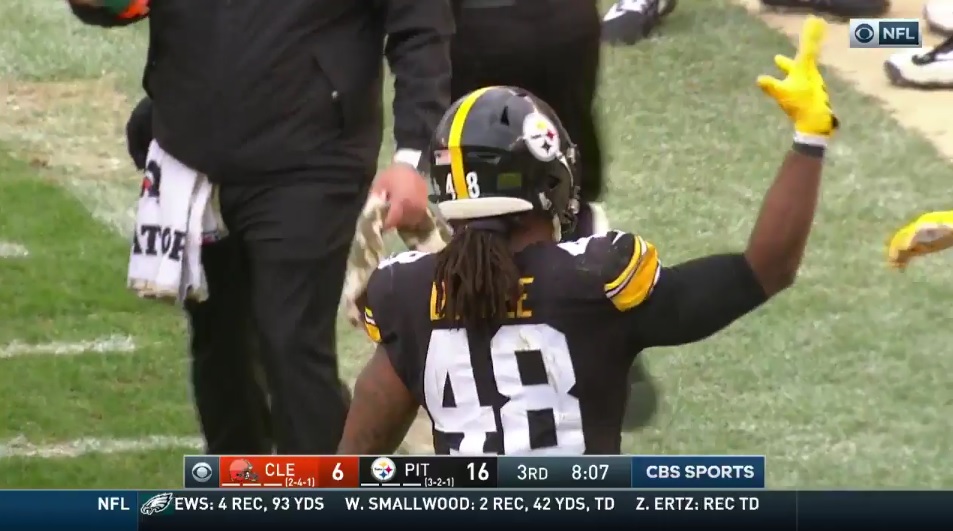 There’s no getting around it. Though I wouldn’t call him a bust, that’s reserved for the Jarvis Jones and Artie Burns’ of the world, Bud Dupree has had an underwhelming Pittsburgh Steelers’ career. 54 games, 39 starts, just 20 sacks to show for it. We’ve been waiting for that “breakout yet” for three seasons now. And each time, it ends with predictable, disappointed results. Like you, I was against the idea of paying him his $9.2 million 5th year option. But that’s what the front office did leaving no doubt he’s the starting ROLB when Pittsburgh travels to Foxborough Week 1.

Dupree has again claimed this year will be his best ever. It’s a relatively low bar to clear but there’s one reason why he might be right.

And I know. Look at his stats from the last two seasons and you’ll see a player who’s missed just one game. But playing and being healthy are two different things. We found that out about Mike Hilton. Suffered an elbow injury Week 3, missed just one week, but he was nowhere close to full health – he estimates playing at 80% – and his play understandably suffered.

Dupree’s been in a similar boat the last two seasons. In 2017, he dealt with some sort of arm injury that was much worse than most led on. Jeremy Fowler revealed some of the details mid-way through the year, noting Dupree needed painkillers just to be able to lift his arm.

#Steelers OLB Bud Dupree said last week was his first out of treatment protocol for his shoulder injury. He responded with a sack. For weeks, Dupree needed pain pills to lift his arm on gameday. "This was my best week," Dupree said about his health. "Hopefully I don't go back."

Last year? A bad break again. He suffered a torn pec in late November and his production declined although to his credit, he didn’t miss a game. Following the injury, Dupree posted one sack and three QB hits over the final six weeks.

Dupree, for all his warts, is one tough dude. That’s something coaches can’t teach. Either you have it or you don’t and he absolutely does. You might not like the player but you gotta respect that. His biggest issue has been converting speed to power, varying his rushes, and his hand use. The arm/pec injuries he’s dealt with do a pass rusher no favors. That’s one reason he’s tried to win with speed as much as he has.

Here’s the optimism. If – and I know, history hasn’t been kind to him – he can stay healthy, the Steelers will get really their first evaluation of what Dupree can do. Hard to judge him from his rookie year, he suffered a groin injury that limited him to seven games in 2016, and the injuries we discussed the last two seasons.

That doesn’t mean even if he gets through a full 16 game season without major injury you’re going to see a 10+ sack player. But it means they’ll get a final look of where his ceiling truly lies. If he’s someone who can near that mark or if he’s truly a middling pass rusher not worth bringing back next offseason.

I go into 2019 with no expectations for him. I predicted a big season for him a couple years ago, one that fell flat on its face. All I can hope for is that he avoids injury, plays out the entire year, and go from there.