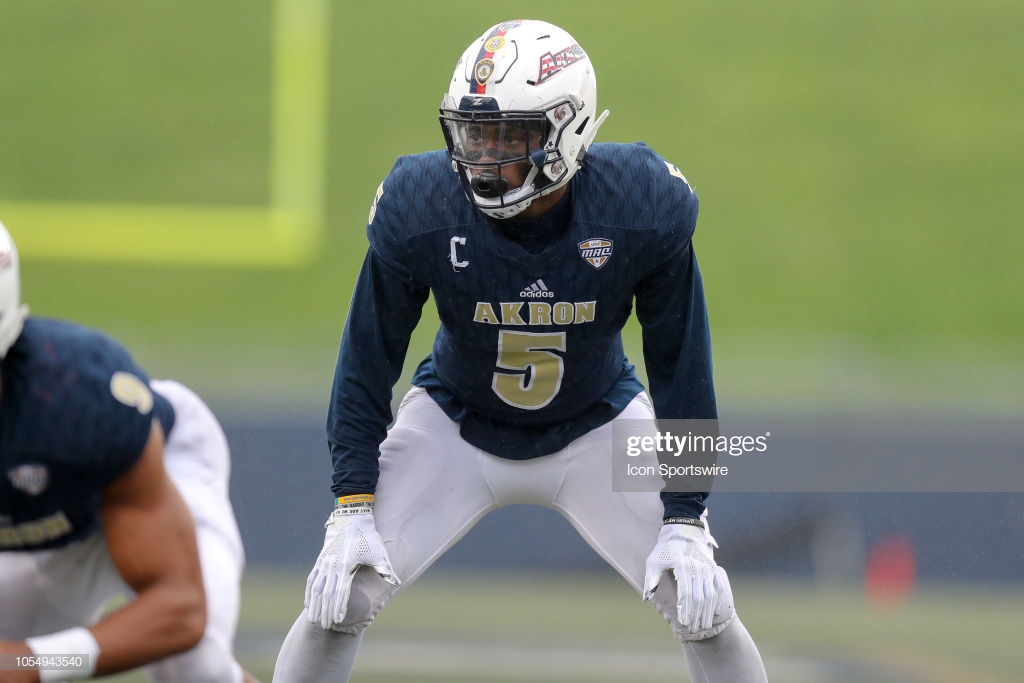 It might be easy to forget at this point, but the Pittsburgh Steelers did draft two inside linebackers a couple of months ago. Long after they made Devin Bush the 10th-overall pick in the first round, they went back into the sixth round and used their third of three picks there to add Ulysees Gilbert III out of Akron.

Perhaps best known by the fan base at this point as the guy who isn’t Ulysses S. Grant, Gilbert is hoping to make a name for himself now that he has cracked his way into the NFL. But he knows his first task will be to make the team, which is far from a given.

Aside from Bush, the Steelers still have Vince Williams returning as a starter at his position, and they signed Mark Barron in free agency to solidify their top three players for inside linebacker. Also in the mix is longstanding special teams ace Tyler Matakevich. Gilbert will also have to stand out on special teams to be carried as a fifth inside linebacker (which, admittedly, is not uncommon).

So far, however, he has had a modest assessment of the start to his professional career. As he described to Brian Batko in wrapping up the 10-session OTA period, “overall, I feel like I’ve made plays and I’ve made mistakes”.

Sounds like a rookie spring, alright. “That’s all just part of the game”, he added.

One of three players that the Steelers drafted from the MAC Conference—in addition to third-round wide receiver Diontae Johnson out of Toledo and Northern Illinois’ Sutton Smith, the outside linebacker added with the team’s first pick in the sixth round—the group knows the added hurdles they’ve passed to get to where they are.

But Gilbert also knows what got him here with respect to his profile: speed. Posting a strong 40-yard dash time hovering around 4.5 seconds or even a tad lower, he is being viewed by the team as part of the new wave of inside linebackers who are much more adept in coverage, even man to man, than what has historically been the case at the position.

That also fits the profile of Bush and Barron, the two other inside linebackers that they added this offseason in free agency and the draft, and that’s not by coincidence. It’s not a coincidence that they released Jon Bostic after the draft ended, either.

Gilbert is going to have to continue to make more and more plays, both on defense and on special teams, while making fewer and fewer mistakes, as we get closer to the start of the regular season. If he can continue to improve that ratio, there should be a spot somewhere on the roster for him, provided that the Steelers could afford it, likely at the expense of a sixth cornerback or fifth safety.