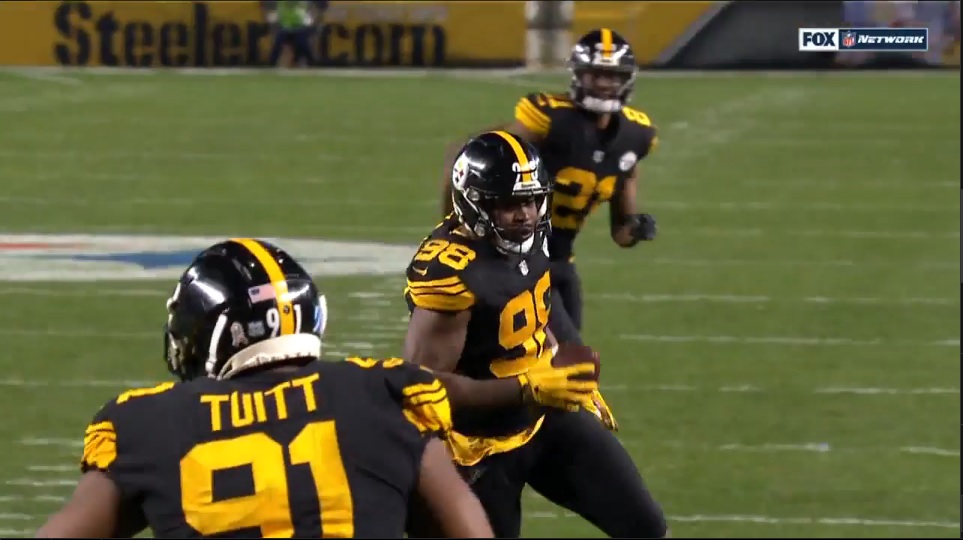 Want to know if the Pittsburgh Steelers are going to win another Super Bowl? There’s one stat that rises above the rest. For all the numbers you’re going to hear this season, the red zone offense (important, to be sure), JuJu’s production, Ben’s interceptions, the number of sacks this defense will record, it’s their takeaway number you should be really focused on.

We know how much of an issue it was last year. Despite leading the league in sacks, they registered just 15 takeaways, tied for 29th in the league. Along the way, they dropped the most interceptions and failed to create turnovers in the game’s biggest moments.

There’s no question that number has to get better in 2019. But by how much? That’s what I wanted to find out. We looked back at the last 19 Super Bowl winners, 2000 to 2018, to see how many takeaways they recorded. So, on paper at least, we can determine the minimum number of takeaways this defense needs this season.

Here are the takeways of the, well, takeaways.

18 of the 19 past Super Bowl winners finished the regular season with at least 25 of them. Only one, the 2016 New England Patriots, finished with fewer. They registered 23, still finishing in the top half of the league.

13 of the 19 champions finished in the top ten. A whopping 17 of the 19 in the top 15. Only two teams went on to hoist the Lombardi despite finishing outside the top 20 in takeaways; the 2006 Colts and 2007 Giants. Still, both teams recorded at least 25 total takeaways.

Based off this data, it’s fair to put the minimum number of takeaways this Steelers’ defense needs at 25. And given what’s happened since their last Super Bowl appearance, it’s pretty clear to see why they’ve yet to make it back. Here are the Steelers takeaways since 2011.

Only once once over the last eight years have they eclipsed the 25 takeaway mark. That was 2015, when they fell short in the Divisional round of the playoffs to Denver, but got there thanks to – and I hope you’re sitting down for this – the Steelers’ defense forced and recovered a fumble to comeback and beat the Bengals.

It’s no surprise the last time they went to the Super Bowl, though obviously they didn’t win it, was in 2010, when they recorded 35 turnovers. In the years they won it, they had 29 and 30 takeaways.

It’s a number that’s entirely achievable. This is a secondary that dropped 14 interceptions last year. If they could’ve caught ten of them, they would’ve hit the magic number. It’s a goal entirely within range but then again, a number that’s been fleeting for far too long.