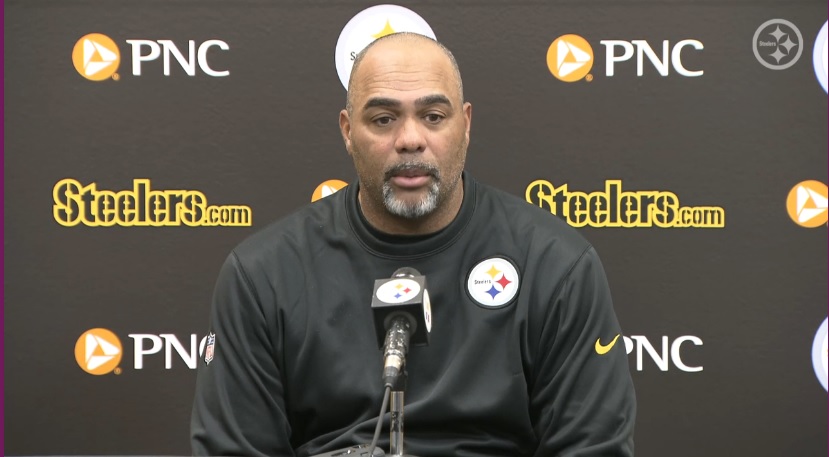 Pittsburgh Steelers head coach Mike Tomlin certainly doesn’t have a great record when it comes to coaches’ challenges. In fact, Tomlin is 0-10 in official challenges dating back to the Steelers 2016 AFC Championship game. Even worse, since the beginning of the 2016 season, Tomlin’s had just 2 of his 14 challenges overturned and he is just 8 of 17 since 2014. Because of Tomlin’s inefficiency when it comes to replay challenges, new Steelers defensive assistant Teryl Austin, who was hired this offseason to primarily help coach the team’s secondary, confirmed on Wednesday that he will play a big part in deciding which plays Tomlin should throw the red flag on during the 2019 season.

“What I want to do is try to give Mike a perspective on whether we should challenge or not challenge,” Austin said, according to the Pittsburgh Tribune-Review, “and try to streamline the process so that we are more efficient in that area. Obviously. Mike is always going to be making the final decision – what I’m going to be doing is sending a recommendation. That’s all.”

In preparation of being Tomlin’s new right-hand challenge man, Austin revealed on Wednesday that he plans on going back and reviewing all of the challenged plays in the NFL from last season and that number is over 300.

“I will watch all of them and find out why they were overturned or not overturned,” Austin reportedly said, “and goods and bads so I can kind of formulate a plan so that when I see something, (I’ll tell Tomlin), ‘This can possibly be overturned,’ or, ‘Keep the flag in your pocket; it won’t.’”

Austin now helping out Tomlin this coming season with challenges isn’t really breaking news, however, as Steelers team president Art Rooney II said back in January that adding someone to help the team’s head coach with challenges, and possibly even some clock management situations, was on the team’s offseason to-do list.

“I agree that having someone with that responsibility is important,” Rooney said during his annual end-of-season meeting with select members of the Pittsburgh media when asked about the possibility of the team designating someone to help Tomlin with challenges and clock management in 2019. “Mike and I have talked about that. I’m not sure that’s the only thing that person needs to do. It would have to be somebody who is on staff that has a role to fill there. Whether we have the right people, we’re looking at that. It’s fair game for discussion.”

Over the years, Tomlin has seemingly just gone with his gut at times when it has come to him challenging some plays and managing the clock. In today’s heavily-based sports analytics world that we now live in, there’s no sense for that. Hopefully Tomlin will rely heavily on Austin for help this upcoming season because one single blown challenge call or misuse of clock time could ultimately be a deciding factor in a game.

So, if you’re wondering what all Austin will likely be doing over the courses of the next five weeks, he’ll likely be watching challenge after challenge from last season and that’s not a bad thing to have on a to do list if you’re a fan of the Steelers.