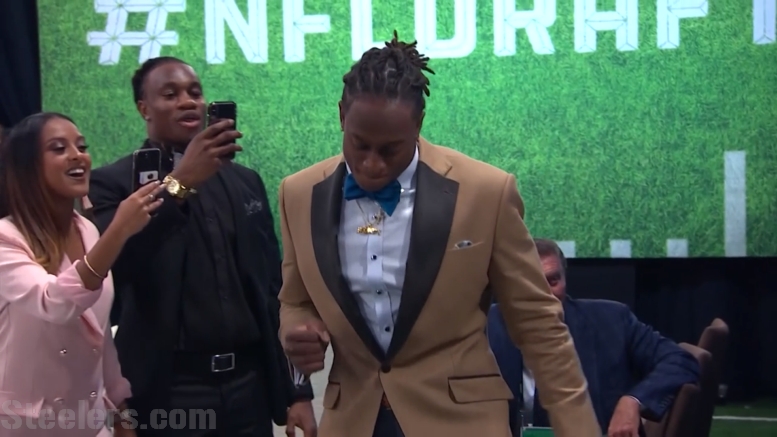 For most professional athletes, one of the first things they most likely want to do is secure their own place to live, likely, for the first time in their lives, a place to call their own. Especially for first-round picks, who receive signing bonuses large enough that would be able to cover that sort of expense relatively easily.

For the Pittsburgh Steelers’ 2018 first-round pick, however, he is glad to have the company for now. That would be starting strong safety Terrell Edmunds, who currently lives together with his older brother, Trey Edmunds, a running back who is also on the 90-man roster. Trey spent most of the 2018 season on the practice squad, but was called up for the final four games.

“It’s always good to have somebody in my corner at all times”, Terrell told Jeremy Fowler of ESPN regarding his brother. “We try not to get comfortable or let anything get to our heads. At any day it can be over. You can’t go out there and be bigheaded, like, ‘oh, this happened, I’m good’. Because things can happen at any day and real life starts up”.

Trey already knows that. while Terrell and youngest brother Tremaine Edmunds were able to have relatively stable college careers that converted into first-round selections in the 2018 NFL Draft, Trey dealt with injuries collegiately that took a shot at his playing time.

That in part resulted in him making the decision to transfer from Virginia Tech to Maryland for his final season, after which he went undrafted. He signed with the New Orleans Saints as a college free agent and spent his rookie season on the roster, but did not make the cut last year. After clearing waivers, the Steelers signed him to their practice squad, and he has been in Pittsburgh since.

Despite the bumpy road he has had so far in his NFL career, Trey, according to Fowler, has been impressing teammates and coaches with his performance through the spring. The ESPN writer said that he would be a difficult player to cut, something that I’m sure his younger brothers would echo.

The three brothers, though no longer in the same city, remain bonded, and to symbolize that, they created something of an emblem that they wear, symbolizing their brotherhood, in the shape of a fist. “We’ve always been like a fist”, Terrell said; “we’ve stayed together, tight as a fist. Over the years, it’s gotten stronger. We were going to stay together regardless”.

While Terrell and Trey have the opportunity to live together, they make sure to stay in close contact with the baby of the family, Tremaine, who is with the Buffalo Bills. Their parents—including father, former Pro Bowl tight end Ferrell Edmunds—make sure of that, and speak with them every day, as well as attend nearly every game that all three of them play. They say that football is family, but in this instance, it very literally is.