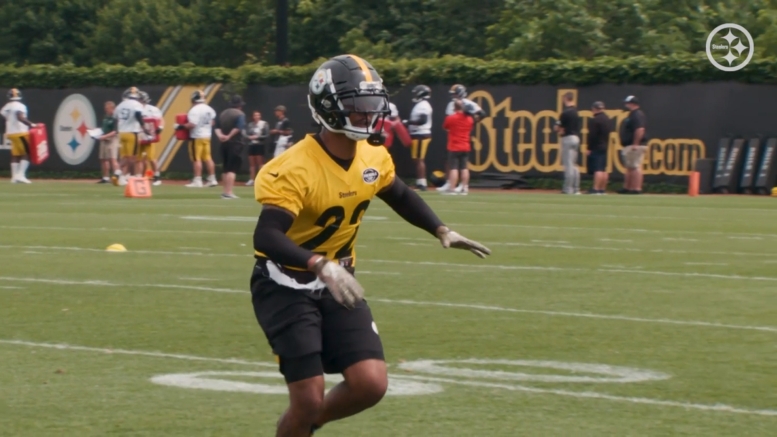 It’s rare that the Pittsburgh Steelers have much discretionary salary cap space. More often than not—or almost always—they only have enough, or even have to create more, simply to take care of their basic tasks, including re-signing and extending their own players. In other words, they are not frequent buyers in free agency.

But they had money burning a hole in their pocket this offseason, and they chose to spend it, handing out three pretty big contracts totaling over $45 million over the course of the next three years to players at positions that were regarded as needs.

The biggest name and signing of the group was cornerback Steven Nelson, who should be an immediate starter outside but could also potential play inside if that proves to be the best for the defense based on the personnel that rises to the top. He signed a three-year deal worth $26.5 million.

Also brought in were wide receiver Donte Moncrief and inside linebacker Mark Barron, who could also play a hybrid role (which is why he wears a number in the 20s). They both received two-year deals, the former for $9 million and the latter for $12 million. Both of them could potentially start, but they will have roles even if they don’t.

Nelson sat down with Missi Matthews for the team’s website recently, and one of the things that she asked him was whether or not this free agent group felt any added pressure because of the fact that they all came at positions where the team, and the fans, really felt were areas of concern. The fact that the team doesn’t typically do this is a factor as well.

“I mean, yeah, there’s pressure there”, he admitted. “Obviously they brought us all in to do specific jobs, and it’s up to us to be productive in those areas. You can’t really worry about it too much. You just have to do what got you here”.

Nelson’s contract is the largest that the Steelers have ever given out to an outside player during the free agency period. They also signed fellow cornerback Joe Haden to a three-year, $27 million deal in August of 2017, but that was after he was released by the Cleveland Browns.

There’s no doubt that the Steelers have thrown resources at their problem areas this offseason. In addition to Nelson, they drafted Justin Layne in the third round at cornerback. Barron may end up playing behind first-round pick Devin Bush, whom they traded up for. And coming in with Moncrief at wide receiver is third-round pick Diontae Johnson.

The offensive infusion is more about maintaining status quote with Antonio Brown gone, but the defensive pieces are expected to help boost that side of the ball in a major way and help mold them into championship contenders again.

But, no pressure, of course.