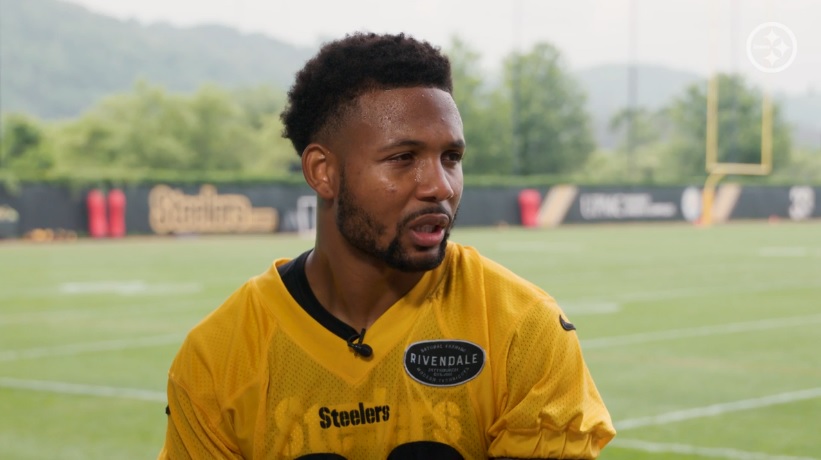 Steven Nelson is getting used to having Teryl Austin as one of his secondary coaches. So is the rest of the room. Austin, hired as a senior assistant to the defensive backs this offseason, has quickly made his presence felt to the team. Speaking to Steelers.com’s Missi Matthews, Nelson described what Austin offers the locker room.

“He’s bringing a lot of wisdom, experience,” he said in the interview. “He’s been in the league for quite awhile. He’s had a chance to work with a lot of great coaches and players along the way. Anything that he brings to the table is going to be good for us.”

Austin has served as a coach since 1991, longer than some of these players have been alive. And he’s worked in the NFL since 2003. He began his time in Seattle, then Arizona, Baltimore, Detroit, Cincinnati and finally now Pittsburgh. He’s also a local coach, born in Sharon, PA, just a little north of the city.

It was a smart hire and a good pairing to Tom Bradley. Bradley brought the perspective of the young college player, the Steelers being his first NFL job after spending an eternity at Penn State followed by a brief stay at UCLA. Austin brings the NFL sense and his days as a coordinator helps create perspective of the entire unit and how each group works together.

Jacob Klinger over at PennLive has quotes from several other Steelers on how players are reacting to Austin.

“He’s been a D-coordinator, so you now he’s been to the top,” Mike Hilton said. “He’s a guy that’s really came in and helped us understand this defense to really help us grow as a secondary.”

Klinger talked to Jordan Dangerfield and Sean Davis, too. You can check out their quotes in the link.

Communication improved last year but it still wasn’t where it needed to be. Ideally, with Austin’s hiring and the development of the secondary, Terrell Edmunds having a year under his belt, adding a veteran like Nelson will shore up those lingering problems.

Of course, they’ll have to translate Austin’s wisdom and teachings to the field. That’ll start with, and I’ll keep repeating myself until the team fixes it or the sun burns out (I’m not confident which will come first), creating more turnovers. The secondary picked off just six passes in 2018. Only three of those came in the final 13 weeks. That tied for 30th in football. Only the San Francisco 49ers were worse, picking off two.