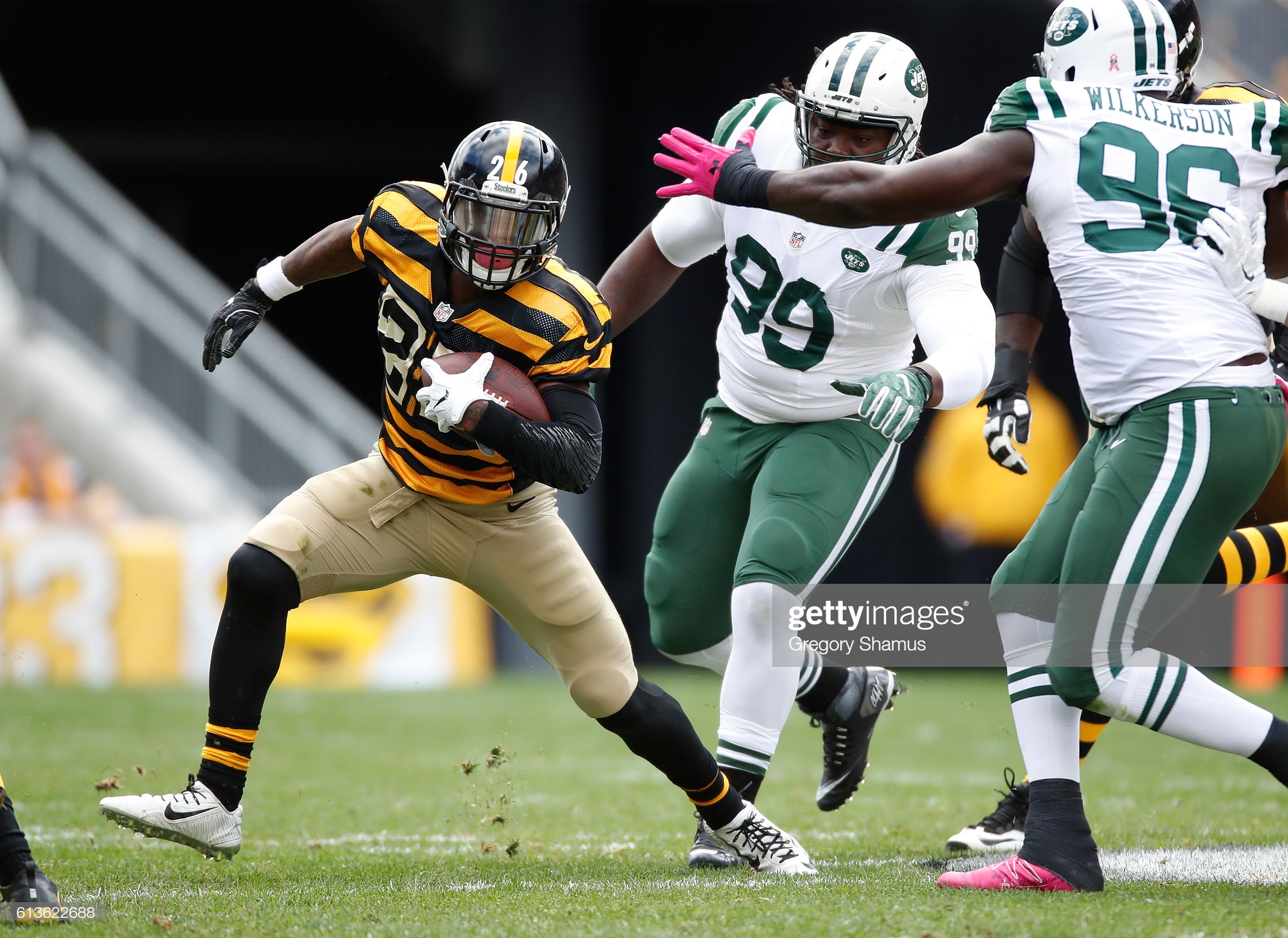 Running back Le’Veon Bell is no longer the Pittsburgh Steelers’ problem after he signed a new four-year contract with the New York Jets earlier this offseason. But there is one former Steeler who still has to deal with him, and whose advice is not being followed.

Nose tackle Steve McLendon spent the first half of his career with the Steelers before, like Bell, signing with the Jets in unrestricted free agency in 2016. He has been there for the past three years now and played and contributed at a moderately high level.

As a former teammate of the Jets’ most significant offensive free agent acquisition in some time, it’s understandable though that he has been given a bit more attention. Especially after Bell made a big show about his decision now to report for the team’s OTA sessions, which are officially voluntary.

“I talked to him and I told him, ‘you understand this place is different than Pittsburgh’. I said, ‘you need to get back so you can understand the quarterback and the situation’”, he told reporters. “I told him, ‘the media is gonna get you if you don’t come back’. That’s the truth. I did tell him that”.

Of course, it didn’t do much good, as Bell chose to remain away, and to the best of my knowledge he hasn’t actually said that he intends to show up for mandatory minicamp, either. Weeks ago, he posted on Twitter to say that he was going to continue to follow the offseason regimen that works for him, but that regimen has not included the spring for years now.

“You just want to get to know your teammates, especially when we have a young quarterback”, McLendon added. “He needs to know your rhythm, he needs to know how patient you are.  It’s easy to see on the film but it’s so hard to prepare with because he is very dynamic in the things that he can do. Out of the backfield, in the backfield, lining up at wide receiver, he can do a lot of special things, and for me it’s very amazing to have him on our team”.

It will be even more amazing once—perhaps when—he actually takes the practice field and acts as though he is a part of the team that he described as so welcoming of him during the free agency process that it made him realize that Pittsburgh treated him horribly, from the owner on down.

And of course he rewards that desire for him to be there by staying away. Following the report that Jets Head Coach Adam Gase was against the front office signing Bell for the price that they paid for him, perhaps he felt that was for the best.

McLendon did say that Bell told him he was keeping in contact with second-year quarterback Sam Darnold. He also expects to see the same Bell he remembers from Pittsburgh. “I understand he has sat out a year of football, but for a running back that’s good — especially all the hits he takes”, he said. “He’s still going to be fast, he’s still going to be shifty. I’m excited for him to come back”.