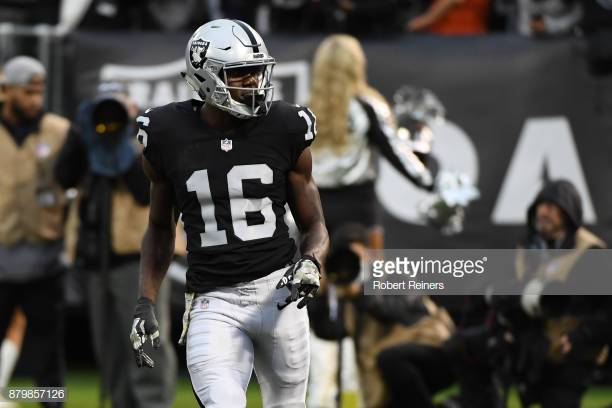 Not too long after the Pittsburgh Steelers signed wide receiver Johnny Holton after he was cut by the Philadelphia Eagles back in May, our very own Daniel Valente wrote about the former undrafted free agent out of Cincinnati and specifically how he somewhat compares to wide receiver Darrius Heyward-Bey, who played the past five seasons in Pittsburgh.

In his post on Holton, Valente wrote about how the new Steelers wide receiver could offer the Steelers nice special teams abilities in addition to potentially being a speedy deep threat, both attributes that Heyward-Bey brought to the Steelers for the past five seasons. During an offseason practice interview, Holton discussed the role he played during his previous time spent on the roster of the Oakland Raiders and what he said sounded quite familiar.

“My role with the Raiders was pretty much a ‘gunner,’” Holton said, according to the Pittsburgh Tribune-Review. “And on other special teams. And just a vertical route runner, too.”

When asked during that interview if his style of play and what he offers teams is similar to that of Heyward-Bey, Holton had no problem agreeing.

While Holton barely saw any playing time with the Raiders during the 2018 season due to him spending most of the year on their practice squad, he did see the field quite a bit with Oakland during the 2017 season after making the initial 53-man roster. In fact, Holton went on to play roughly 230 total offensive snaps in addition  to 187 special trams snaps, which was seventh-most on the team that year. Holton finished the 2017 season with 9 receptions for 218 yards and 3 touchdowns in addition to 5 total special teams tackles. Below are his three touchdown receptions from the 2017 season.

In case you’re curious, Holton registered 46 receptions for 892 yards and 10 touchdowns in his two seasons of college football at Cincinnati. He also returned 45 kickoffs for 942 yards. At his 2016 pro day, Holton reportedly measured in at 6005, 190-pounds and ran his 40-yard dash in 4.42-seconds.

Obviously, Holton has his work cut out for him this summer when it comes to him potentially making the Steelers 53-man roster and he’ll probably need to hope that team ultimately keeps six wide receivers in total just as they did last year. Assuming he sticks through the start of the preseason, we can probably expect to see Holton play some as a gunner on punt  coverages and especially in the first few exhibition games. He’ll have to have a very good showing in that phase of the game and it sounds like he’s already well aware of that fact.

“Gunner is a big part of my game, so I look forward to coming in here and competing and just filing that role,” Holton said after a minicamp practice, according to the newspaper. “Try to do the best I can do to be on this team.”