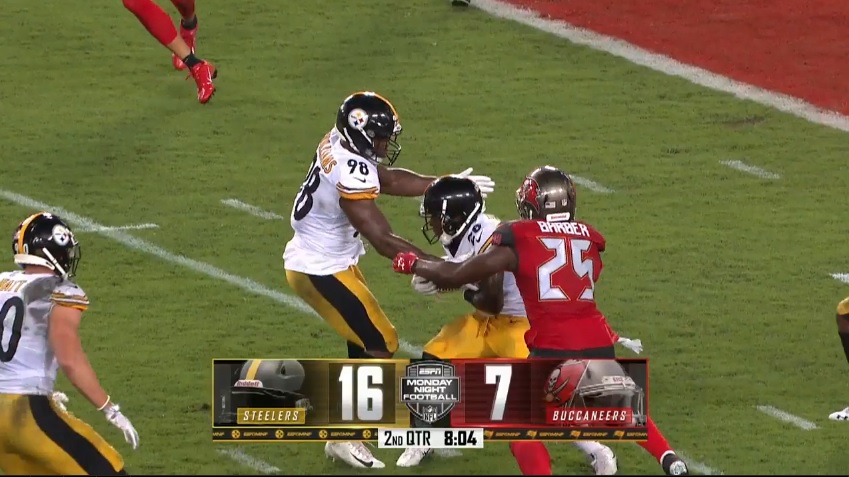 Will Pittsburgh Steelers slot cornerback Mike Hilton sign a new contract before the start of training camp in late July? Probably not and if that’s indeed the case, you still dont have to worry about him holding out. As the Steelers mandatory minicamp came to an end on Thursday in Pittsburgh,, Hilton, who has still yet to sign the exclusive rights free agent tender he received from the team in February, talked a little a bit his contract situation this past week and his summer intentions.

“That hasn’t even crossed my mind,” Hilton said about the possibility of him being a training camp holdout, according to Joe Rutter of the Pittsburgh Tribune-Review. “I’m here for the team. I’m going to be here and try to help the team win games.”

Hilton, who will be scheduled to earn $645,000 in 2019 once he does sign his one-year exclusive rights tender, is hoping to duplicate what happened a few years ago with tackle Alejandro Villanueva. During the 2017 offseason, Villanueva also held off signing his exclusive rights tender and after attending all of the offseason practices he signed a four year contract worth $24 million with the Steelers upon arriving in Latrobe for training camp. Obviously, Hilton has consulted some with Villanueva being as he’s trying to duplicate what the tackle accomplished

“I actually had a couple conversations with Al,” Hilton said, per Rutter. “Just how he went about doing it and how he approached it. Having that conversation with him, he kind of broke it down to me and kind of gave me a blueprint of how to go about it.”

Exactly what kind of new money average Hilton and his new agent Drew Rosenhaus are looking to get in a new contract this offseason isn’t known. However, it will be interesting to see the exact details of the four-year contract extension that Indianapolis Colts cornerback Kenny Moore reportedly signed on Thursday. Moore was previously scheduled to earn $645,000 in 2019 and then become a restricted free agent next offseason. In summation, he was in the same boat that Hilton currently is. Both players are also former undrafted free agents.

According to Ian Rapoport of the NFL Network, Moore is now one of the highest paid slot cornerbacks in the NFL based on new money average. The early numbers associated with Moore’s deal include him getting $30 million in new money from 2021-2023, with a max value of $36 million. However, there’s no use breaking down those numbers until we see the full layout and numbers of the deal and those details won’t likely be available until sometime next week.

For the time being, nothing is going to happen with Hilton as the Steelers currently only have $984,968 in available 2019 salary cap space as they exit their annual mandatory minicamp. If and when Hilton does get a new deal this summer, such a transaction isn’t likely to happen until after he reports to training camp, which he obviously plans to do.

“It worked out for (Villanueva) in the long run,” Hilton said recently per Rutter. “We’ll see how it turns out in the next month or so. I’m doing all I can to be here and to show them I want to be here.”