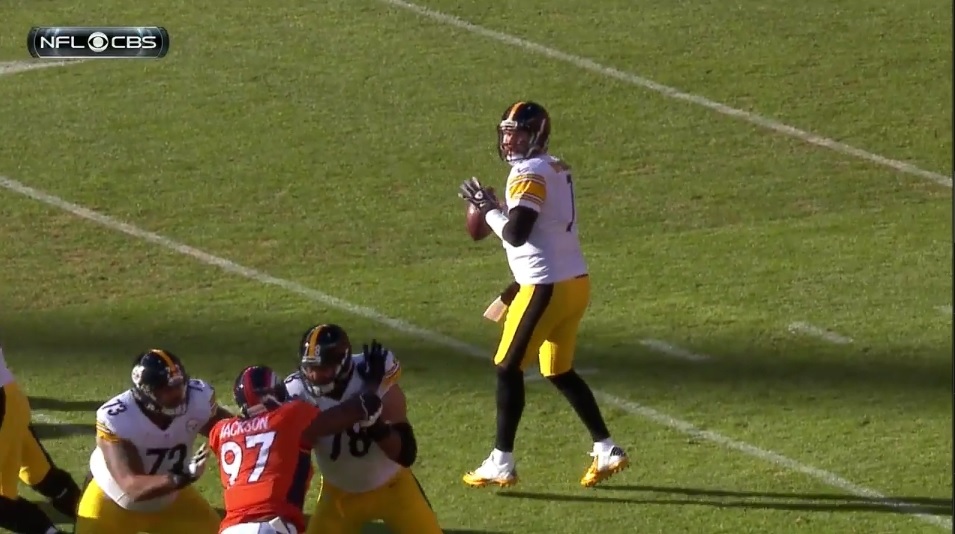 In a year where the Pittsburgh Steelers lost their two best players, it’s been easy for the national media to count them out. Declare the Cleveland Browns winners of the offseason, favorites of the north, a changing of the guard. As far as Ben Roethlisberger is concerned, things are still the same. They’re the Steelers and he has every belief the current group can make a Super Bowl run.

“I’ve been here a long time,” he told Jeremy Fowler and a throng of reporters, which you can see at the end of this article. “And we’re still the Pittsburgh Steelers. We’re still going to go out and try to win every football game. It’s been a long time since we’ve been to the big one. But like I said, if everyone puts forth the effort we all think we can and with the talent in this room, we’re confident we can be pretty good.”

The Steelers’ offense won’t be the same without Antonio Brown, there’s no getting around that, but can still play at a high level. They’ve done well to bring in as many pieces as possible to help replace him, signing Donte Moncrief, drafting Diontae Johnson, along with the development of players like James Washington. If their red zone efficiency can remain top five, they were historically good last year, and keep their big-play ability, the group will still put up points.

Defensively has reason to improve too. Adding Mark Barron and Steven Nelson alongside drafting Devin Bush were all big moves. Barron and Bush will create excellent competition at ILB with Vince Williams. As opposed to a year ago when we debated if Tyler Matakevich or Jon Bostic would get the nod. Nelson solves the problem at RCB created by Artie Burns’ struggles. Terrell Edmunds should make a jump in Year Two and ended his rookie year on a high note.

Of course, any offseason noise is just that to a guy like Roethlisberger. Noise. The last person who cares about what the media says or how the team is perceived is #7. But there’s no doubt the pressure is on to make a serious Super Bowl run. Winning is hard, everyone gets that, but the Steelers have made the AFC Title game just once in the last eight seasons, losing in 2016 to the New England Patriots. They’ve only made the playoffs five of those eight years and won the division three times. A little less than ideal for a team with a Hall of Fame quarterback.

And now, the clock is ticking. 2019 and 2020 may be Roethlisberger’s final “peak” years. If the team fails to make a serious run, and really, get to another Super Bowl, it’ll be a disappointment.

When Roethlisberger finally retires and the team looks for their next franchise quarterback, Super Bowl talk will go on the back burner. An uncomfortable and foreign notion to this fanbase.