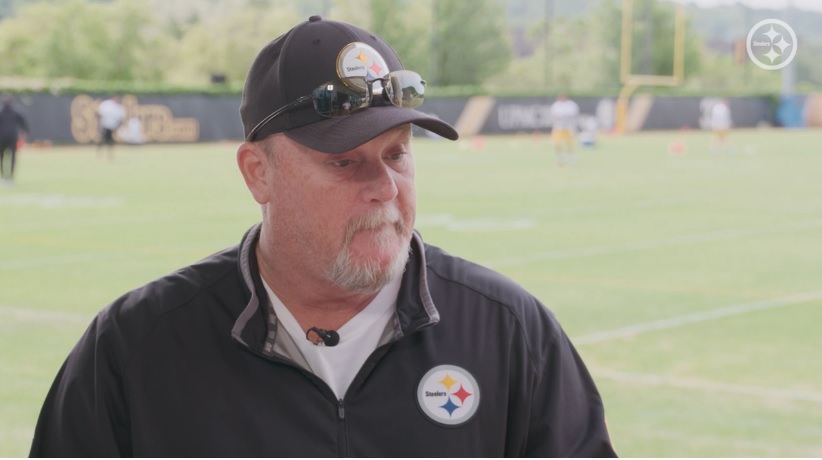 Perhaps largely due to the fact that the Pittsburgh Steelers were successful offensively last season, I believe the fact of offensive coordinator Randy Fichtner’s maturation has been treated as something less significant than it actually is, or can be, for the team this year.

He may not be a spring chicken, and he has been in the NFL for over a decade, but Fichtner never called plays in a meaningful professional football game before the 2018 season. He was a rookie offensive coordinator and play-caller in that regard, and even in spite of their general success, it did show at times.

And he was never afraid to admit it or talk about it. throughout the season, he was very open with what he felt he did poorly and was more than willing to chalk up something that went wrong in a game to his inexperience—but with the understanding that he will learn from it and get better.

Fichtner told the team’s website that he “learned a lot” during his first season as offensive coordinator last year. “Learned a lot situationally. For some things that we did pretty well, there was always something that just kind of irked you, and you just realized you could have done it better”.

Situationally can mean all things. It doesn’t just mean third down or in the red zone. It can be your tendencies. How often do you pass the ball versus throwing it on second and intermediate? Against which defenses are you more likely to run in that situation? All of these nuances have to be self-evaluated over the course of the offseason.

Self-evaluated, or self-scouted. If you can scout yourself with ease, then so can your opponents. And the best way to prevent that from happening is to know yourself, so that you can create tendency-breakers. It’s not about being random. It’s in fact quite the opposite. You make yourself be unpredictable by knowing everything about yourself, not giving in to chance and chaos. That and everything else has been the homework so far this year.