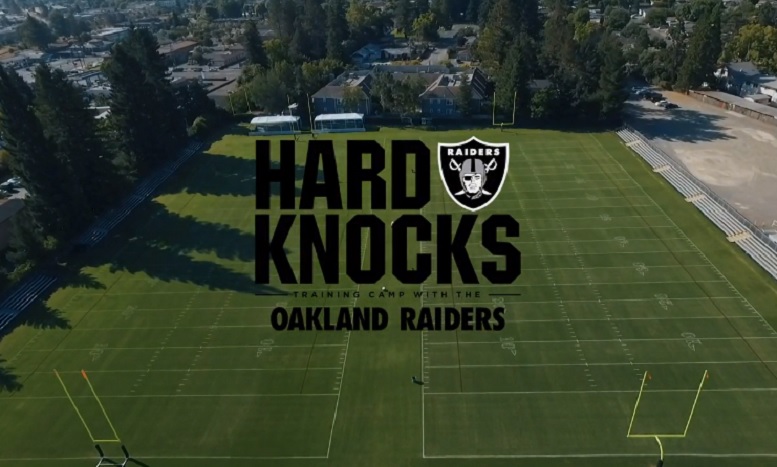 If you don’t already subscribe to HBO, you might want to think about doing so over the course of the next few weeks as it was announced on Tuesday by the NFL that the Oakland Raiders will be featured on this year’s ‘Hard Knocks’ show.

"Everybody wants to be a Raider. Now they’ll find out what it takes to become one."

While last year’s Hard Knocks series that featured the Cleveland Browns was very good, this year’s coverage of the Raiders throughout their training camp and the preseason should be at least twice better. After all, the Raiders now have former Pittsburgh Steelers wide receiver Antonio Brown on their team and he’s sure to get a lot of coverage from the Hard Knocks cameras this summer and thus provide us with some tasty nuggets to write about.

Not only do the Raiders now have Brown on their roster, they also signed two other characters this past offseason in former longtime Cincinnati Bengals linebacker Vontaze Burfict and journeyman veteran guard Richie Incognito, both of whom have provided their previous teams quite a bit of drama during their respective NFL careers. Let’s also not forget that Raiders head coach Jon Gruden should also be great subject matter for Hard Knocks this year. Additionally, former longtime NFL Network draft analyst Mike Mayock is now the Raiders new general manager as well and sure to get some face time worth watching.

While Brown, Burfict, and Incognito are sure to provide some interesting story lines this year on Hard Knocks, the Raiders rookie first-round draft pick this year, edge-rusher Clelin Ferrell, should as well. The Clemson product is a hard player not to root for and it will be interesting to watch him go through his first NFL training camp and preseason. The Raiders also drafted former LSU tight end Foster Moreau this year and like Ferrell, he is a good kid. In short, this year’s Hard Knocks’ series is setting up to have a nice good versus evil aspect to it, if you get my drift.

I will add a copy of the official press release to this post as soon as it becomes available.