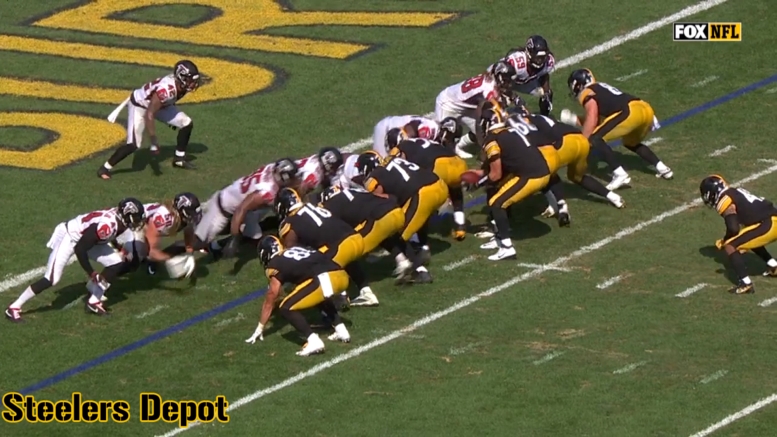 It certainly seems as though everybody has an opinion about who the Pittsburgh Steelers are going to be in 2019 in the absence of perennial Pro Bowl wide receiver Antonio Brown, whom many regard as the best wide receiver in the NFL. Brown forced the Steelers’ hand in trading him earlier this offseason, leaving JuJu Smith-Schuster—a 2018 Pro Bowler in his own right—as the top target, but only proven option.

The team has compiled some options, including veteran free agent Donte Moncrief. Second-year James Washington, who had a disappointing rookie season, has big expectations still as a former second-round pick. And there are those who are very excited about what rookie third-round pick Diontae Johnson can do once he gets on the field.

Others see the investment that the team has made at the running back position and believe that will be a bigger part of the offense. You can include NFL Network commentator Michael Robinson, a former Pro Bowl fullback for the San Francisco 49ers and Seattle Seahawks, among them.

“It’s gonna be a run-first offense”, he said. “It’s not gonna be just trying to get the ball to the wide receivers and the playmakers on the outside. Look at the two times that they won the Super Bowl in the last few years, 2006 and 2009. Those two teams were led by tough defenses and run games. Willie Parker in 2006, over 1500 yards, and [Rashard Mendenhall] and Willie Parker with over 1500 yards in 2009”.

Of course there is some straightening of facts to do in there. For one, Mendenhall had 58 yards in 2008 as a rookie after being injured. Parker, too, was injured after 11 games. The Super Bowl was won with Mewelde Moore and Gary Russell. But the Steelers also threw the ball slightly more often than they ran it that year. In the 2005 Super Bowl, he is on the nose, however.

But this isn’t 2005. This is 2019, and Ben Roethlisberger threw the football a league-high 675 times last season under first-year offensive coordinator Randy Fichtner. While it’s reasonable to believe that number will come down, in part because of the surprise no-show of Le’Veon Bell last year that put them on the spot, there’s no way this will be a run-first offense.

The Steelers spoke repeatedly last season of the short passing game and how they within their offensive philosophy and offensive system view it as an extension of the running game. They will probably be a little more balanced this year, but that’s coming from a team that had 345 rushing attempts to 689 passing attempts.

I will say that their backfield is promising. Outside of some high-profile miscues, James Conner had a strong first season as a starter, making the Pro Bowl, and Jaylen Samuels, a rookie at the time, showed encouraging signs as well. To that, they added Benny Snell in the fourth round, who looks the part.