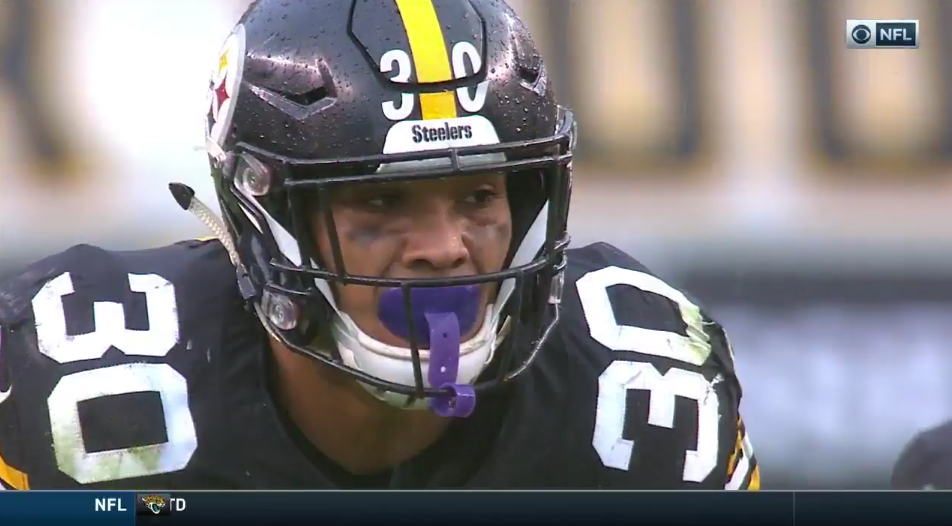 After registering 1,470 total yards from scrimmage in 2018, in addition to scoring 13 total touchdowns, Pittsburgh Steelers running back James Conner still isn’t considered by many to be one of the top 10 in the NFL at his position.

On Tuesday, former NFL running back Maurice Jones-Drew, who is now an analysts for the NFL Network, released his list of the top 32 running backs in the NFL ahead of the 2019 season and he has Conner ranked 14th overall.

Jones-Drew writes of Conner being 14th overall on his list of 32 running backs:

Ben Roethlisberger is another year older and Antonio Brown is in Oakland. The Steelers must run the ball early and often and Conner is their guy, even though recent reports suggest that there will be a committee of backs getting in on the action. He held his own last year — ranking sixth in the league with 113.1 scrimmage yards per game — but he’ll have to be better to account for the loss of other weapons. The third-year pro will also get help from a great offensive line.

As Jones-Drew pointed out, Conner isn’t likely to see as heavy of a workload that he saw last year in the 12 games that he played in before suffering an ankle injury that would sideline for three of the team’s final four contest. That said, there’s still a decent chance that Conner will wind up producing at least 1,000 total yards from scrimmage in 2019 and around 10 touchdowns. Will 13 other running backs be able to top that in 2019? We’ll see.

Conner, in case you didn’t know it, was able to register 14 total plays last season that gained 20 or more yards and that number likely would have been even higher had the Pittsburgh product not missed three and a half games due to his ankle injury. If Conner needs to improve in one key area in 2019, it’s his overall play success rate as last year those stats were 43.3% on runs and 61.9% on receptions. If he can get his run success rate much closer to 50%, that will certainly make him one of the top running backs in the league on a day-to-down basis.

Personally, I think Conner is ranked too low by Jones-Drew, but not by much, however. I probably would have had Conner ranked at about No. 10 or No. 11 overall, but definitely ahead of the two that Jones-Drew has him ranked behind, Kerryon Johnson and Aaron Jones.

As for former Steelers running back Le’Veon Bell, Jones-Drew has the new member of the New York Jets ranked No. 3 overall behind Saquon Barkley and Alvin Kamara. In case you didn’t already know it, Bell and Jones-Drew share the same agent, Adisa Bakari.

Where would you rank Conner on the list of 32 running backs that Jones-Drew released on Tuesday?

on the way to his first #ProBowl. pic.twitter.com/zQNeVEBDzk