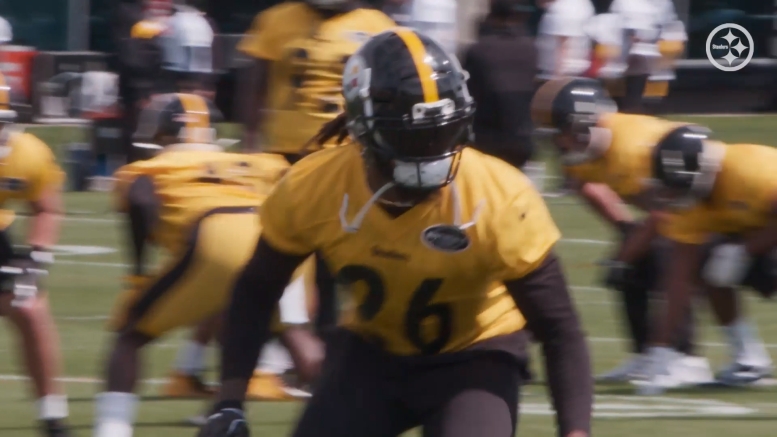 Coverage was one of the Pittsburgh Steelers’ biggest issues as a team last season. Not as much about the cornerback position as you might think, however. Joe Haden was his usual self, and once Coty Sensabaugh settled into the lineup, by no means was he bombarded.

Rather, the Steelers gave up a lot over the middle, and in key situations, as well. Particularly, the coverage at the linebacker position was lacking, and that was due in large part simply because they did not possess the athletes that could compete in that field at the level necessary for a championship defense with the rest of the group that they have.

And so they attacked the issue aggressively this offseason, bringing in veteran free agent Mark Barron from the Los Angeles Rams back in March, and then a month and a half later trading first-, second-, and third-round picks to move up 10 spots in the first round to land Devin Bush.

Nobody was happier about that than was defensive coordinator Keith Butler, who was asked toward the end of the team’s spring drills about how he believes the addition of those two players is going to change the way that his defense is run.

“It’ll help us in coverage. It’ll help us in coverage quite a bit with both of those guys”, Butler said. “Bush’s dad was a safety at Cleveland when I was a linebacker coach there, and he had always been a good player and very bright, very smart. Intelligence and athletic ability are a great thing to have at that position. So we’ve got to get that from those guys. I think we will”.

Devin Bush, Sr. was a first-round draft pick by the Atlanta Falcons, playing for the Browns and the St. Louis Rams as well. He reached the Super Bowl with the Falcons and won with the Rams. During his time in Cleveland, as Butler mentioned, their times overlapped, though he did not directly coach him.

Now, Butler gets to coach not only his son, but a safety who is now a linebacker at this point in the NFL’s development, because of the way that the game has evolved. Barron would have been too slight even a decade or so ago to play the position as an every-down player.

This time a year ago, the Steelers were trying to figure out who to start alongside Vince Williams between Tyler Matakevich and Jon Bostic. Both of them ended up on the bench or in a reduced role in favor of L.J. Fort by the end of the year.

Things have certainly changed in a year’s time, as Bush and Barron are both logging time with the first-team defense, sometimes one paired with Williams at a time, at others, on the field together. Time will tell what arrangement ends up being the primary, but one thing is clear, which is that they have much more athletic options